Looking for hymns of American History to add to your history study?  Look no further!  We have compiled a short list of hymns from each of eight different historical eras.  While these lists do not cover every single hymn written or sung during that time, they do provide a place for you to start to incorporate hymn singing into your school curricula.

Click on any of the pictures below to go directly to a specific era.

The overwhelming majority of hymns in our hymnal today, were written between Columbus’s discovery of America and the present.  For this reason, hymns are a great supplemental tool to bring American history to life.  In this series of posts, we take a look at the major periods of U.S. history, as well as some hymns which could have been sung by Christians living in those times.  Not all of the hymns were written in America, not all were written in English, but they were in existence and use at the same time as the events which make up American history. 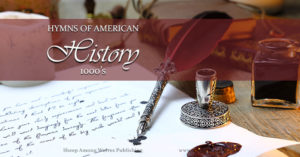 The Vikings first arrived on the coast of North America in 1000 AD, when Leif Ericson landed in what he called Vinland.  Very few of the hymns with which we are now familiar had been written when he sailed.  But a small sector have come down to us, preserved not only by the efforts of scribes or antiquarians, but by their use by God’s people throughout the ages. 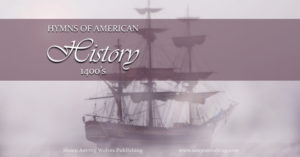 Very few of the hymns commonly sung today date from the 1400’s.  The great explosion of hymns did not appear until after Columbus’ death.  For this reason, most of the hymns we have listed in this section were written several hundred years before Columbus. However, Christians of his day would have had access to them, even though they were written prior to this time. 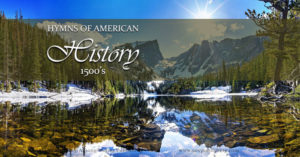 The 1500’s denote the first century of American exploration.  Although Spain established a colony in Florida (1565), and Sir Walter Raleigh planted an unsuccessful settlement in North Carolina (1584), European immigration to America did not really flourish until the 1600’s.  It is the explorers, not the settlers, who dominate this century. 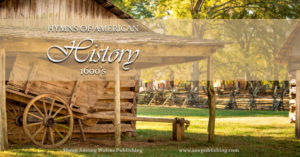 The age of American settlement is too broad for us to easily assign it a date.  Colonies had been planted before the 1600’s began, and they continued—perhaps we might almost say they still continue—indefinitely.  I have highlighted the 1600’s as the period of the Early Settlers. It is amazing to picture the early settlers, separated from us by time, by surroundings, by culture, perhaps even by language, and yet singing the very same hymns we know and love today. 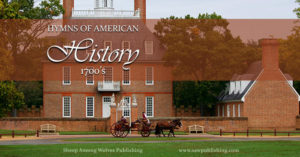 The Colonial Era was a distinctive period in American history.  It’s clothing, architecture, and way of life all give it a unique flavour.  The Christians of this era enjoyed a wealth of outstanding hymns which are both well-written and doctrinaly solid.  The composers of the 1700’s have likewise left us a great musical legacy in the hymn tunes which they wrote or arranged. 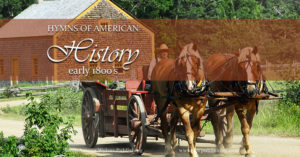 The word progress might be taken as a synopsis of the 19th century. The use of first steam and then electric power, for manufacturing, transportation, and communication, revolutionized the daily lives of millions.  The church had less to guard against persecution, and more to guard against prosperity, than it had in centuries.  The hymns of this era are fewer in number, but they comprise some of the best that can be found. 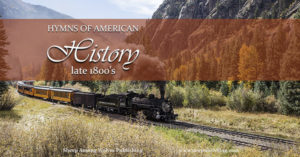 Duchâtel, a French politician in the 1840’s, declared that “Events, like travelers, now go by steam.”  By the end of the century, they might be said to go by electricity.  America was leaving behind her identity as a new nation, and rising into a country of international significance.  We find several of our favorite hymns were written during this time of rapid change. 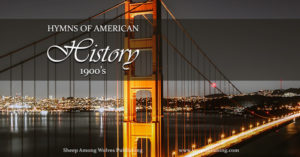 As we come closer to the current date, we leave behind us the era of really great hymn writing.  Despite overall trends, as we have seen throughout this series, there are generally a few good hymns to be gleaned from all times of history, and the 1900’s are no exception.