SAW Publishing’s Word of the Week (WOW) program is a vocabulary supplement built around hymns and Bible verses.  Each lesson contains a Webster’s 1828 Dictionary definition, Scripture reference, and examples that encourage students to use new vocabulary in daily life.  To find out more about the program, see our post entitled Boost Your Student’s Vocabulary with our FREE Word of the Week. To receive the FREE Word of the Week lesson the Monday before it is posted, sign up for the WOW email below. 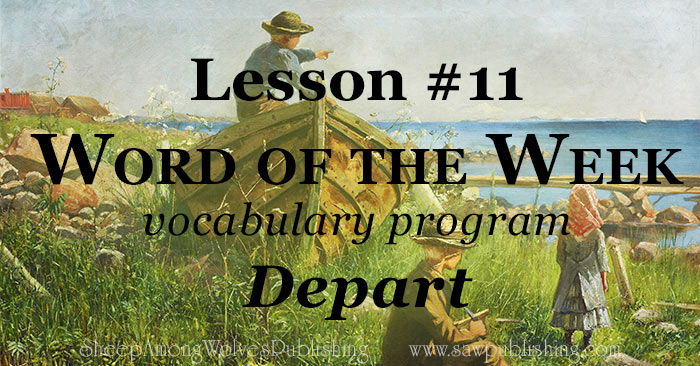 Word of the Week Lesson #11

**Click here for a downloadable PDF of the full lesson.

to leave; to go from; to forsake

Depart from me, ye cursed, into everlasting fire.  Matthew 25:41

It is followed by from, or from is implied before the place left.

3. To leave; to deviate from; to forsake; not to adhere to or follow; as, we cannot depart from our rules.

I have not departed from thy judgements. Psalm 119:102

4. To desist; to leave; to abandon; as, he would not depart from his purpose, resolution, or demand.

5. To be lost; to perish; to vanish; as, his glory has departed.

Lord, now lettest thou thy servant depart in peace, according to thy word.  Luke 2:29

To depart this life is elliptical, from being understood.

7. To leave; to forsake; to abandon; as, to depart from evil.

The prey departeth not. Nahum 3:1

If the plan of the convention be found to depart from republican principles –  Madison.

10. To vary; to deviate from the title or defense in pleading. Blackstone.

To depart from God, is to forsake his service and live in sin; to apostatize; to revolt; to desert his government and laws.

“By mercy and truth iniquity is purged: and by the fear of the LORD men depart from evil.”  ~ Proverbs 16:6 (KJV)

All scripture references are taken from the King James Bible

“Come, holy Comforter,
Thy sacred witness bear
In this glad hour.
Thou who almighty art,
Now rule in every heart,
And ne’er from us depart,
Spirit of power!”

All hymn texts are taken from Cyber Hymnal

“Do you think Dad will depart from work early today?” Philip asked his mother.  “Robyn and I wanted to take some of our potatoes to Aunt Elizabeth’s family.  They were so kind to share their cranberry sauce with us at Thanksgiving.  We would like to give them part of our garden produce.”

“That’s a good idea,” Mrs. Gravesend replied.  “Dad might be able to take you right before supper.  I was thinking of departing from our afternoon routine anyway, since Robyn asked if she could make the baked potatoes for dinner.”

“We’d better hurry inside right away,” Robyn exclaimed.  “I need to start washing potatoes, and Philip will have to hurry, or he won’t be ready to depart when Dad gets home!” 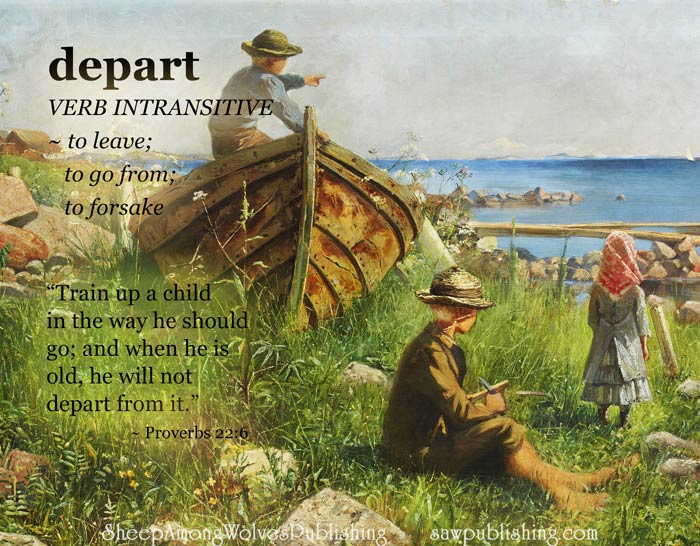 Do you think of the word depart as a positive or a negative concept?

Sometimes we are glad when a person departs from something, and at other times we are sorry.  Our two memory verses are a good example of this.  To depart from evil is a praiseworthy action, but to depart from a godly way is not.

A sample answer will appear at the bottom of next week’s WOW lesson.

Each week’s WOW lesson will be available on the Sheep Among Wolves blog on Friday morning.

If you would prefer to receive the lessons by email, you can sign up below to have each new lesson delivered on the Monday before it’s posted.  This gives you time to print out the sheet, and have it ready for the next week, as well as making sure you don’t miss any posts.  Email signup will include a high resolution copy of the image for those who wish to print it out in poster form.  Concerned that you have missed the start of our program?  Don’t worry, all emails contain links to previous lessons.  No matter when you sign up, you will receive access to all lessons from the Word of the Week program.

This post may have been shared with the following linkups: The Art of Homemaking Mondays, What Joy is Mine, The Modest Mom, Homemaking Wednesdays, Wise Woman Linkup. 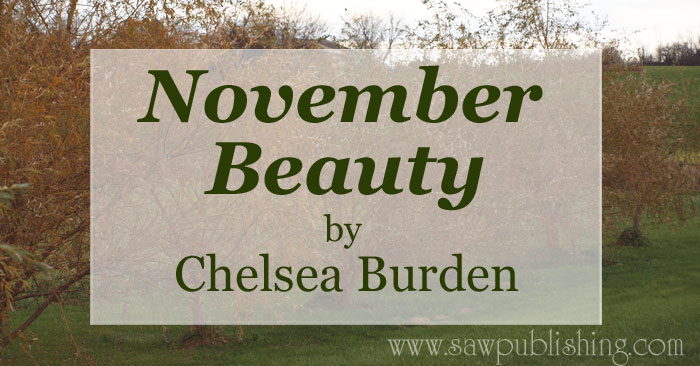 Hearts as grateful and happy as ours ought to be, will see absolutely everything which comes their way as a blessing.