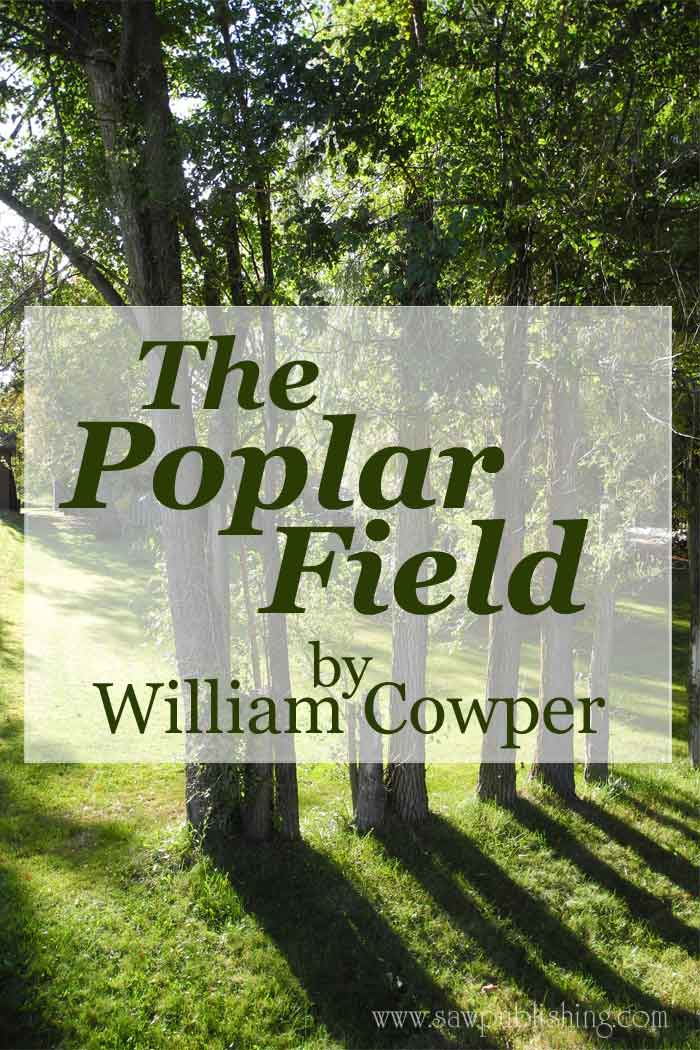 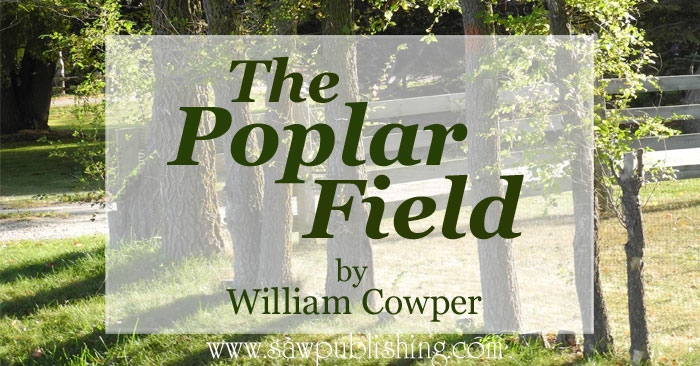 There are some times when we see more clearly than others why great poets are great.  Their works may not always be good, and even they can in a weak moment write poetry which is unworthy of the name.  But there are some times when we have to acknowledge a level of greatness far surpassing the average person’s attempt at poetry, a level of brilliance which marks them as the most talented in their line.

When I think of a great poem, Cowper’s “Poplar Field” comes quickly to mind.  I think of it in the same moment as Wordsworth’s “Daffodils”, or Longfellow’s “Psalm of Life”—because it is the kind of poem I can never tire of hearing.  The flowing metre which soars along with the rippling eddy of a quiet stream or the very “whispering sound” of the poplar trees themselves, lends a certain beautiful peacefulness to the somewhat melancholy idea of the poem.  The rhyme, as we should expect, cannot be found fault with, and the metre is in most cases consistent to its rhythm.

The concept that things change in life faster than we ourselves seem to do, is an idea which strikes a chord with all of us, particularly those with a poetical strain.  Cowper’s expression of this idea is accurate but not overpowering, leaving us with an impression of pensive sympathy, a good deal less despairing than the words themselves suggest.

He laments the manifestation of an inevitable truth, rather than railing against a seeming injustice in the destruction of his “favourite field,” and I think it is this quality of regret without anger which makes the poem sad but not outrageously tragic.  The parallel between the demise of the poplars and Cowper’s own mortality makes the poem more than merely a comment on his particular loss, and allows us to feel in harmony with the author.

It is worthwhile to note that Ouse is a river in Olney, England, which was in Cowper’s day the parish of his good friend John Newton, with whom we are all familiar as the author of “Amazing Grace.”  The river Ouse is mentioned in several of Cowper’s poems. 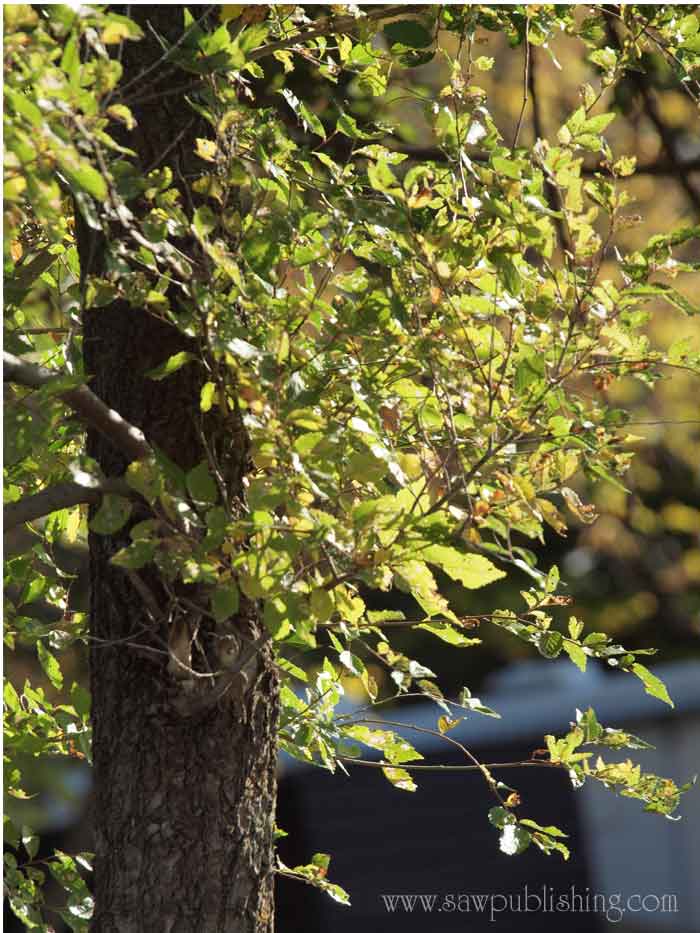 The poplars are felled; farewell to the shade
And the whispering sound of the cool colonnade
The winds play no longer and sing in the leaves,
Nor Ouse on his bosom their image receives.

Twelve years have elapsed since I first took a view
Of my favourite field, and the bank where they grew;
And now in the grass behold they are laid
And the tree is my seat that once lent me a shade!

The blackbird has fled to another retreat
Where the hazels afford him a screen from the heat,
And the scene where his melody charmed me before
Resounds with his sweet-flowing ditty no more.

My fugitive years are all hasting away,
And I must ere long lie as lowly as they
With a turf on my breast and a stone at my head,
Ere another such grove shall arise in its stead.

‘Tis a sight to engage me, if anything can,
To muse on the perishing pleasures of man;
Though his life be a dream, his enjoyments, I see,
Have a being less durable even than he.

I have found only a few poems which I have liked as well as the “Poplar Field,” and almost none which have the same beautiful flowing nature.  I remember memorizing it while sewing a skirt a couple of years ago, delighting in the beauty of the lines.  I still love to read it over, or recite it in my mind as I go about my daily tasks.  It is one of those poems which is so essentially timeless that the three hundred years which separate us from the date of its writing, are as insignificant a fact as can be.  It is one of those poems which make us realize once again why great poets, and great poems, are truly a step above everything else.