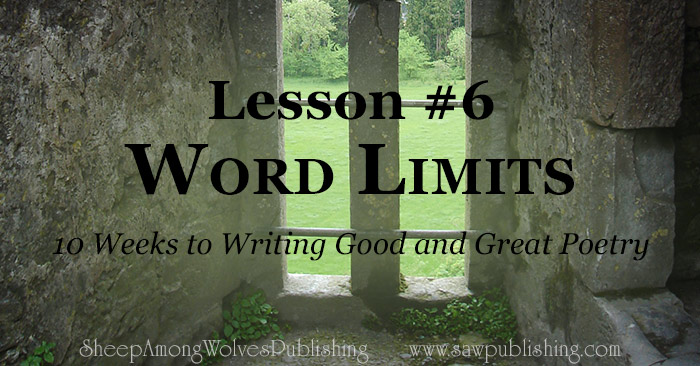 You Mean There’s a Word Limit on Poetry?

Yes, unfortunately, there is.  There’s a word limit on just about everything, I’m discovering.  It’s not just confined to essays and research papers, and all that belongs to your school life.  There are word limits on blog posts, for one thing—and it really is impossible to stay beneath them!  But surely, poetry is a safe haven at last.  Nobody can tell us that we need to make our poems shorter.  We can write over twenty stanzas if we please, and nobody has any right to object.

Would that it were that easy!  If you or I were to write a hymn that was over twenty stanzas, would anyone sing it?  Even if they used it as a processional in Westminster Abbey, it’s uncertain whether they would get to the end of it.  Because, you see, there are word limits in poetry too.

A Time for Everything

It’s not wrong to write poems that are over twenty stanzas.  Just like it’s not wrong to write poems that are only two stanzas.  But it would be a mistake in some situations to choose or allow a length which might detract from the poem.  As with so many other aspects of poetry, the real thing is to be intentional.  Intend to write a given number of stanzas, instead of letting it accidentally grow into a poem that few people will ever finish.  On the other hand, don’t stop too soon if there is more that you can give to the reader.  Just remember to think about whether this particular poem needs to be longer or shorter, and what there is that you can do to accomplish that.

One reason why hymns need to be shorter than other poems has to do with how we sing them.  A congregation really doesn’t have time to sing more than four or five stanzas, and if you write six or seven, either they will be cut out or the entire hymn will be discarded.  Another reason is that in standard hymnals the verses are inserted between the lines of music, pushing them farther apart.  This isn’t a problem for singing the melody, but if anyone tries to sing the harmony or play the entire hymn on the piano, they will have difficulty if the lines are too far apart.  A good number of verses in a hymn ranges from three to six at the utmost.  In a hymn which everyone likes, three verses may be too few and people will come to the end wishing there were more.  But six verses are already making it difficult to read the music, and many congregations will decide to omit some of the stanzas.

Poems in school readers will rarely be shorter than the average hymn, but will frequently be longer than five or six stanzas, depending on the subject and the grade-level.  Not many of them will be above eight stanzas, but there will be some.  There are very few poems, period, which are shorter than three verses, but there is a wide enough variation on the upper end that readers will have some flexibility in that department.  It’s good to remember with poetry in general, that the longer your poem is, the less likely a busy person will be to read it.  And who isn’t busy, after all! 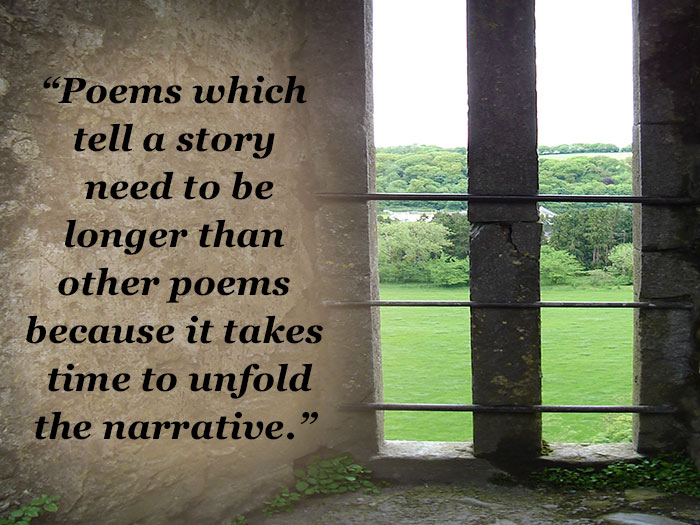 One venue where it is quite appropriate to write long poems is the story-poem class.  Poems which tell a story usually need to be longer than other poems, because it takes time to unfold the narrative, and bring it to a conclusion.  Just like people read to the end of a long novel where they might not read a non-fiction book of equal length, so they will be more likely to finish a story poem, even if it tends toward the long side.  Stories engage our attention more than other types of writing, and keep the reader in an I-have-to-finish-this frame of mind.  Many of the longer poems in school readers are story poems.  A similar genre to the story poem is the epic poem, which is like an overgrown story poem with a more “epic” theme, if you understand my meaning.  Webster’s 1828 Dictionary describes this type of poetry as:

“An epic poem, otherwise called heroic, is a poem which narrates a story, real or fictitious or both, representing, in an elevated style, some signal action or series of actions and events, usually the achievements of some distinguished hero, and intended to form the morals and affect the mind with the love of virtue.”

These poems tend to be closer to a novel in length, sometimes divided into chapter-like divisions called “cantos”—and there really doesn’t seem to be a word-limit on them!

So How Long Should My Poem Be?

Unfortunately, or maybe fortunately, that question is one which you will have to determine.  Each of us will have our leanings toward one side or another, tendencies that we will have to be aware of and curb if necessary.  For instance, when I was younger, I thought that three stanzas was a good number for all poems—one to introduce the subject, one to make my point, and one to wrap it up.  Then I found I needed four and was proud of myself for writing five or six.  I haven’t attempted an epic poem yet, but the poems I have written recently are mostly on the long side! Play around with it.  Try writing longer poems, and shorter poems, and see which lengths work better in which scenarios.  Keep in mind what your audience will be expecting and what they will appreciate.

So there is a word limit in poetry, but it’s not a hard-and-fast one.  The word limit lies in your own hands.  You get to be the teacher who picks how long your poem will be—but just remember that if you push the limits, you are the only one who will suffer.  Like other rules, word-limits will be most helpful if you understand the reason behind them.  The reason will stick with you long after you discard the rule, per se.  Remember why you need to lengthen or shorten your poem, and you will be able to excel in any category.

This post may have been shared with the following linkups: The Art of Homemaking Mondays, Monday’s Musings, The Modest Mom, Homemaking Wednesdays, Wise Woman Linkup. 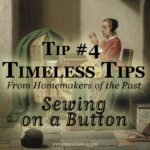 Here’s an ingenious tip for how to sew on a button with a needle – and a pin. 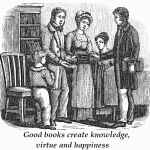 The greatest honour which can befall any author is to have created characters which their readers love. 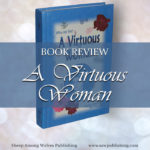 2 thoughts on “You Mean There’s a Word Limit on Poetry?”