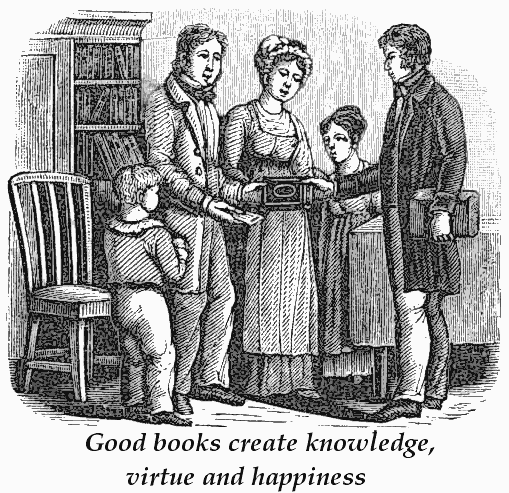 What is the greatest tribute which can be paid to any novel?  Is it an award?  Or a review?  Or a best-selling status?  All of these forms of public recognition may attend the ideal book, but they are not quite the test of its merit.  I think the greatest honour which can befall any author is to have created characters which their readers love.

We can all think of a few characters out of books for whom we will always have the fondness of dear friends.  They are characters who seem like real people in our minds, characters who make us love their stories because we care about them for who they are themselves.  Last week we talked about the type of plot which can be riveting without containing any extraordinary events, and we remarked that the secret of these books lies in their dynamic characters.

Technically speaking, a dynamic character in writing is a character who changes from the beginning of the story to the end.  Its opposite, a static character, does not change.  There are a few static characters who do succeed in winning a place amongst our favorite heroes and heroines, but for the most part it is the dynamic character who makes a novel – who allows even the most commonplace adventure to come alive and seem of eternal importance.  I use this last phrase carefully, because I believe it is the sense that a person’s eternal destiny hangs on their spiritual battle which gives the best characters their effect.

After all, our interest is generally secured in proportion to the importance we recognise in what we are reading.  Haven’t we all had a moment when we poured over a dull set of confusing instructions for assembling a cabinet, or working a blender, or filling out a piece of paperwork, as if it were more engaging than the most thrilling story?  This was not because of the actual words in the instructions, but because of the importance of the action they were to influence.  They interested us only so far as they affected us.  If we were trying to figure out how to use the blender, we did not read the instructions for how to use the additional chopping attachment (unless, of course, we owned, or contemplated owning, the chopping bit).

So it is also in books.  We do not care particularly whether our character buys a new horse, or contents himself with only riding the old one occasionally.  Perhaps if the author were gifted with a very amusing style we might hope he pauses to describe the horse, whether he buys it or not.  But when the character himself comes into the question – when we see how the incident will affect him, and his personal growth, and the impact which that will have upon his whole being here and hereafter – then we begin to care about the incident.  We do not care because it matters about the horse, but because it matters whether our character has self-control enough to sacrifice his pleasure to his duty, or to overcome his fears for the sake of another’s need, or for a hundred other reasons which have nothing to do with the horse, but which have everything to do with the story.  And so, because we are interested in our character and want him to turn out well, to fulfill the potential he has, and overcome the faults which inhibit his growth – because it matters what the character chooses – we want him to have strength to refuse the horse even if others misunderstand him, or as the case may be, to buy it despite his fears in order that he can ride off to save the bishop (which adds doubly to the importance, if we happen to be interested in the bishop as well).  At any rate, we will care about the story in proportion to the amount we care about the characters, not the other way around.

Sheep Among Wolves has been highlighting the concepts of good and great over the past few months.  It is interesting to note that in the matter of character development the Christian writer has an advantage over the rest of the world.  Where a non-believer can only hang their character’s story at the utmost on life and death, the Christian can reach beyond this to the further issue of eternity.  Without the Bible, a character can but succeed and gain life, or fail and gain death.  But as God’s children it is possible to die and yet live, just as it is possible to live and yet die.  The stories which embrace this truth do far more than secure to themselves a riveting plot and living characters.  They open the eyes of their readers, and influence them as they fight their own battles day by day – battles which are no fictitious novel to be read and put away – but real battles which stretch out to the day of Christ’s return.

And this is a reason, by no means the only one, that in my ideal book the spiritual as well as the material life must be included.  I had intended to speak too of the originality of an ideal character.  I had meant to point out how no other character, however well drawn, ever seems to us quite so good as one we love; and I had meant to comment on the skill with which some authors are able to add a few touches to what we thought was an old, worn-out idea, and to bring out of it a character which is new and unique.  For the present I think I had better leave this post how it is.  I could write on for a whole book (in fact, I have before and expect to do so again), in describing characters, because characters are personally my favorite element of writing.  But I think I have given above a hint of why great characters are so necessary to great books.  Next week, Lord willing, we’ll take a further look at the idea of spiritual growth, as well as the broader topic of religious influence in great novels.

For now, who are a few of the characters you will always love out of your favorite books, and what is it which makes them stand apart as beloved friends?