“The Second Day of Creation” is a little-known piece by 19th century poet and missionary Thomas Whytehead, that deserves far greater popularity than it currently enjoys.

These three verses form the framework of Whytehead’s masterful meditation on the firmament of the heavens—a poem that combines vivid imagery with skillful symbolism in a thought-provoking study of one of the most familiar objects in our world. 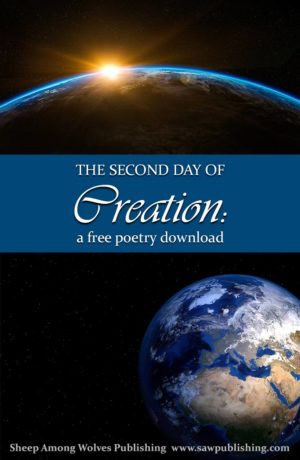 As we have already mentioned in previous posts, for the calendar year of 2020 SAW Publishing is planning to offer FREE monthly downloads showcasing good and great literature from the authors of past generations. It may be worth clarifying that while the short stories in this series are for the most part geared towards child/family reading, the poems are in general more on a level with high school scholars or general students of poetry.

In evaluating the poems offered in these downloads, we will be using our good and great poetry grading worksheet. This tool was developed by SAW Publishing to facilitate simple, consistent, percentage-based grading of a wide range of poems and poetry assignments. A download of our grading of “The Second Day of Creation” is available at the bottom of this post.

We’ll also be following our standard literature model by highlighting a few good and great characteristics that stand out in this poem.

Arm of the Lord!
Creating Word!
Whose glory the silent skies record
Where stands Thy name
In scrolls of flame
On the firmament’s high-shadowing frame.

This stanza captures the spirit of the whole poem. In describing WHAT was created on the second day, Thomas Whytehead does not for a moment lose sight of WHO created it.

When it comes to literary greatness “The Second Day of Creation” presents an excellent example of original thoughts, and an outstanding example of clothing those thoughts in original language. Consider the following description of the sky:

I gaze aloof
On the tissued roof,
Where time and space are the warp and woof,
Which the King of kings
As a curtain flings,
O’er the dreadfulness of eternal things.

How many of us could have conceived that word-picture? And Thomas Whytehead has not only drawn the image, he has drawn it in language that flows effortlessly—adding an almost imperceptible, but nonetheless real, effect to the impression of infinity and the careless force of the word “fling.”

“The Second Day of Creation” was written as part of an intended series on the entire creation week. Whytehead completed six of the seven poems (days two through seven) before his death on the New Zealand mission field in the spring of 1843. He was only 28 years old, but he left behind him a legacy of English poetry that would continue to live and speak to the glory of the Creator he loved.

May “The Second Day of Creation” speak to your heart, and lift your soul to the adoration of our Almighty Maker.

For more information on our Good and Great Poetry Grading System, click here.

If you are looking for more samples of good and great poems see our previous post: 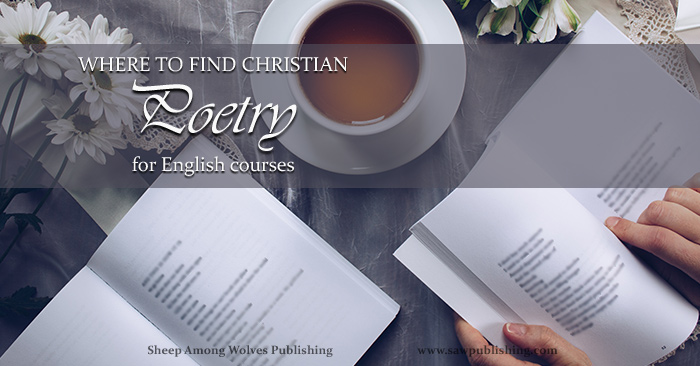 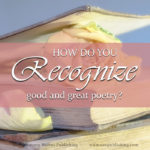 How do you consistently evaluate poems, from a literary and also a spiritual perspective? This post offers three keys to recognizing poetry that will be a blessing to yourself and your students. 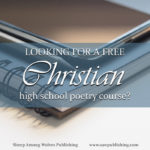 Are you looking for a Christian high school poetry course, that combines a high standard of literary excellence with a strong commitment to Christ-centred content? SAW Publishing’s FREE 10 Weeks to Writing Good and Great Poetry is the place to start! 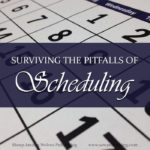 If scheduling brings so many rewards, that why is it so hard to come up with a successful schedule? This post takes a look at some simple principles to help you avoid the pitfalls of scheduling for your homeschool.