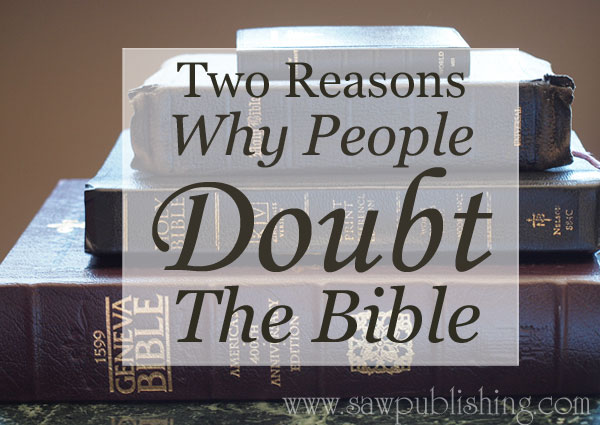 If you think about it, why would anyone doubt the Bible in the first place?  We don’t run around “doubting” Homer’s Iliad, or Plato’s Republic.  We take it at face value that Homer wrote what he wrote and that Plato meant what he wrote.  We might take issue with Plato’s notion of democracy, but we don’t doubt what he meant by it.

It Means What it Says

So why is it, then, that when the Bible says, “And the evening and the morning were the first day” (Gen. 5b) we bend over backwards to explain how it doesn’t really mean a day, but rather an age, or an epoch, or something equally not in the text? 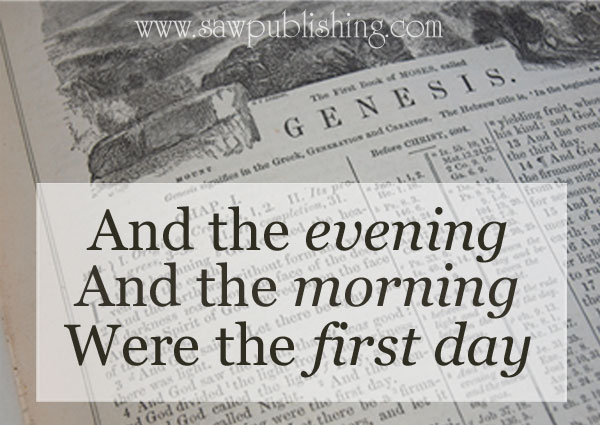 For centuries the Christian world essentially believed the Bible and ascribed to it due authority.  There were those outside Christianity that rejected everything about our faith, but not because they doubted the Bible.  They rejected the God of the Bible, which leads us to reason number one.

1 – The Rejection of God

The first reason that people doubt the Bible is that they have already rejected the God of the Bible, and therefore cannot allow the Word of that God to have any authority in their lives.  Belief in God entails an accountability to God and His precepts.  Many people cannot bear the thought of accountability for their choices and actions, and so they need to find reasons to discredit the Bible.  It is God’s Word that stands in the way of inventing their own rules for living.

Without the witness of Scripture people are free (or so they think) to will and to do of their own good pleasure.  The Bible contains truths that hold people accountable to a Higher standard.  But if one can dispute the truth of Scripture, one becomes free to make up the rules of engagement here on earth.  This is where much of the scientific community is sitting. 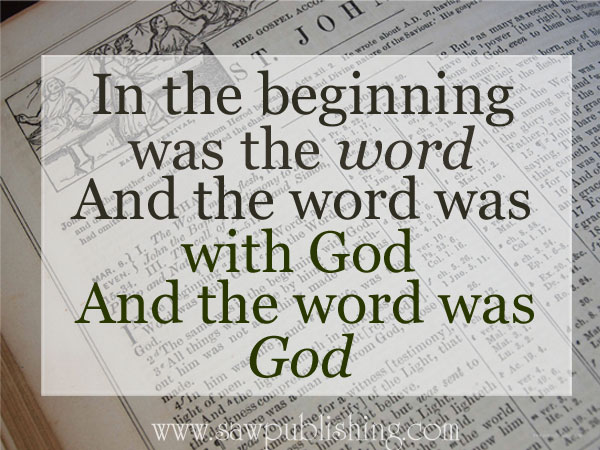 If the Bible were the first book you ever read, would you doubt the truth of it?  I wonder.  We tend to take most things at face value unless impressed upon by another idea.  A higher idea.  Something we give more credence or authority to.

Evolution is taught in our schools, it is affirmed on our radios and TVs, to the point where it is no longer called the “theory” of evolution.  It is simply asserted.  And those who dare to challenge the notion are branded as fundamentalists and flat-earthists.

Sadly, for most Christians, we don’t begin our education by reading the Bible.  Instead, we tend to find our way to the Bible long after the evolution myth has been firmly entrenched in our worldview.  Consequently we have an a priory reason to reject the creation account because we already believe something else.  In essence, we give greater authority to evolution than we do to God’s Word.  And because we already believe something else, we automatically dismiss Genesis 1 and 2 as being myth.  With Genesis duly discredited, we quite naturally move on to disbelief in other parts of Scripture as well.  This is step one on a very slippery slope.

Our natural bent is to assume that we in the twenty-first century are so much farther advanced than the civilisations that came before us.  We conclude, almost without a conscious thought, that we know more (or better) than those whose time has passed.  To many of us, the people in the Bible lacked the understanding and knowledge that we possess today.  We think they must have made up the creation account in order to put meaning to something they couldn’t understand.

A cursory view of Scripture, however, shows that we are under a curse and that our society is less “advanced” now than it ever has been.  We are moving farther away from the “right” way as our thinking drifts farther and farther from the mind of God.  Recent studies have even shown that people were smarter in the past than we are now (does anyone know how the pyramids were built?).  So are we really more advanced?

Is it God’s Word or Not?

On some level we can’t have it both ways.  Either this is God’s Word, or it’s not.  Either God inspired the words and ideas, or He didn’t.  If we don’t reject the notion of the God of the Bible, then it is incumbent upon us to accept the book He had written for Him.  If we don’t have answers to the claims of evolution, then at least let’s have faith in the God who inspired the book.  Let’s agree with the children’s hymn, “the Bible tells me so”.