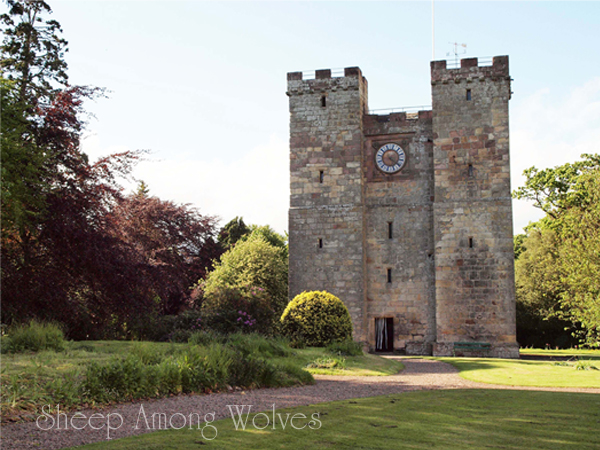 Continuing our sneak-peak preview of the making of Adelaide’s Orphans, we come to the Preston pele tower.  In Adelaide’s Orphans, a tower based upon this unique building appears on the estate of the De Fonte family, who look after their ancestral property well, but do not often visit it.  A legend of a secret passage which connects the pele tower to Highbank Castle sparks the imagination of Adelaide’s friends, who set off to explore the tower for themselves.

The real-life Preston Tower is not, of course, related to the De Fontes’ of the story, but it does exist, and remains today very much as it was described in Adelaide’s Orphans.  I visited it on a brilliantly sunny afternoon, almost by accident.  Preston Tower was on the list of places to see that we brought with us to Northumberland, but our schedule ran late on the day we were supposed to visit it, and it ended up being cut.  It was only when we arrived at a restaurant too early for dinner the next day, that we decided to squeeze the tower into the bit of time we had to fill.

Preston Tower looks a little like a false front for a castle.  In fact, it is one of a class of fortresses largely overlooked in our perception of the middle ages.  The pele towers were not castles.  They were fortifications intended to protect the surrounding community in case of sudden danger, (in Northumberland, from the constant unrest of the English and Scottish border).  They were not made as mansions and dwelling-places for their owners, but rather as a safe refuge into which everyone could be crowded in an emergency.  For this purpose, the Preston Tower builders constructed what looks like half a castle—two turrets, with a connecting piece between. 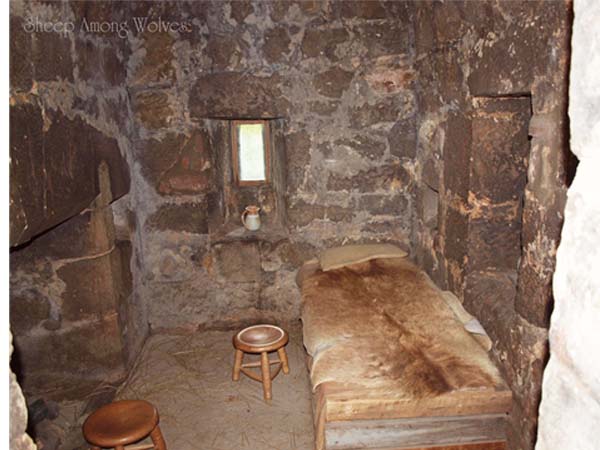 Inside, the rooms have been furnished to give an idea of what life in Preston Tower must have been like.  A bed, covered with a fur rug, three-legged stools, a spinning wheel, a polished cradle, and a chest with iron hinges supply the main furniture, while the deep windows cut through the thick walls serve a double purpose as shelves.  There are some painted mugs and pitchers, and a curious candlestick or candelabra, whichever it is, that stands on the floor but holds its lights at a convenient height for someone sitting beside it. 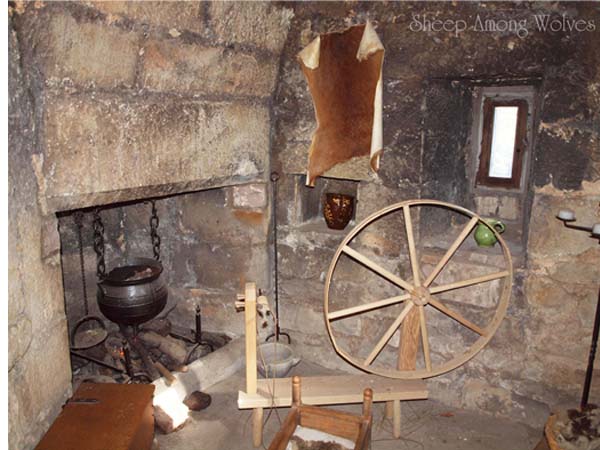 It is always hard to tell how people in the past would have felt about the different conditions they lived in.  The rooms seem small and light-less to me, but perhaps the people of the fifteenth century would have regarded it in a different aspect.  Certainly it is a wonderfully strong, secure place, especially considering how few square feet its blueprint occupies. 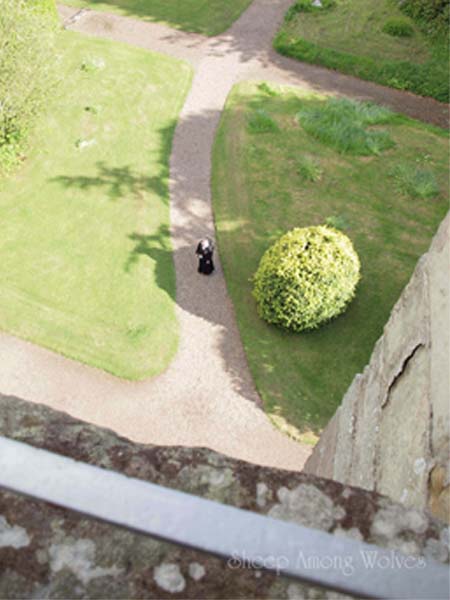 Up on the open top of one of the turrets, however, it is easier to see the advantages.  We peek over the parapet, feeling how very high up we are, and wave to the miniature figures of our friends on the ground.  We gaze across the park, enjoying the sensation of being on eye level with the grand old trees.  A refreshing wind rushes through the open air, and yes—it actually happens!  It lifts my hat right off my head!  The unreliable garment sails smoothly over the tower.  For a moment I think it is going to land on the other turret, which would be a hopeless case, since the other turret isn’t open to the public—at least not on the top level.  But then I am allowed a sigh of relief, for the breeze is strong enough to carry it past this pitfall, and sail it gracefully down to the soft green grass below. 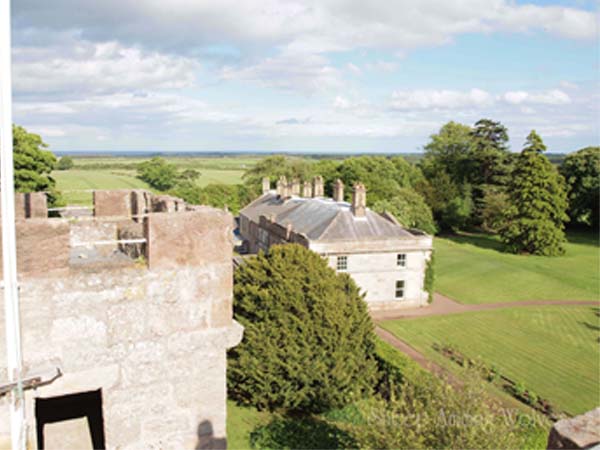 To this day, I don’t know how it came off my head.  I believe it was on its second elastic then.  (It is on the third now.)  You see, I was not exactly unwarned by precedent, and had taken precautions.  Did I have the elastic tucked up in the top that day, instead of under my chin?  I do sometimes, when I get tired of the odd look of it dangling there.  I can’t remember.  Anyhow, I don’t mind, so long as I didn’t leave it as a novel new adornment to the top of the eastern turret.

I have a post card of Preston Tower, which I have been looking at as I write this, and I find that although the date of the building is not mentioned, a note is made of its being included in a document numbering pele towers in the fifteenth century.  The legend of a tunnel which connects the “Highbank” of Adelaide’s Orphans with an outlying tower actually came from another of Northumberland’s medieval fortresses.  Does Preston Tower have a secret tunnel?  Who knows?  One of the delightful things about buildings this old is that you never can be quite sure.