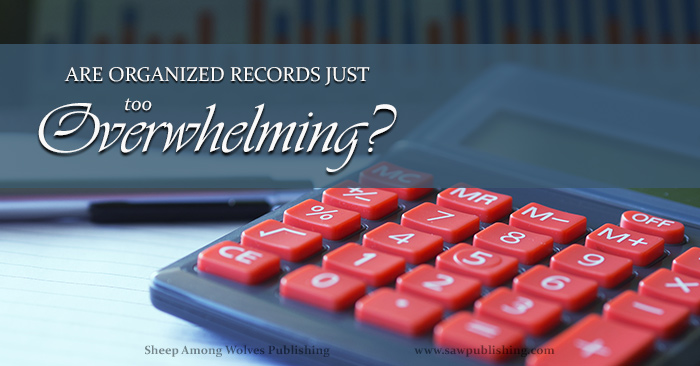 If I had the time, I would keep track of everything.  I really would.  I like the idea of order and organization—at least in theory.

But oh! the impossible task of reducing to order!  January is the organizational month.  If you are anything like me, you generally find your resolutions slipping by the middle of February.  Why is organizing such a daunting idea?

As I read the first paragraph of  “Household Records” (Chapter 6) in A Manual of Home-making I thought this might be something I should take a look at.  By the time I started the second, it appeared to be a much bigger job than I was likely to start.  And by the time I had reached the detailed description of how to keep a record of household business, I wasn’t very serious about carrying out the advice.

While this chapter was largely about the mechanical side of keeping written records, it also contained an excellent tidbit which forms the answer to today’s question.  Are organized records just too overwhelming?  Our Timeless Tip would suggest maybe not!

What Are Household Records?

Edith Fleming Bradford, who wrote this chapter of A Manual of Home-making, likens housekeeping to a business.  Just like any other business, homemaking requires a certain amount of paperwork.

“The business of housekeeping needs its records, not only those dealing directly with finances—the whence and whither of the income—but those showing such facts as the quantities of staple supplies bought each season and the amounts remaining on hand.”

The short answer to this question is that household records let you save. 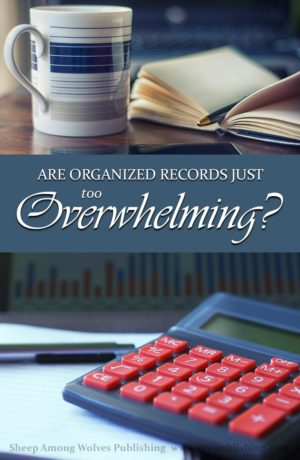 Household records can—the author of this book would even add, should—include more than just bills and account books.

“These records should include tested recipes, varying in quantity or cost from the originals, and such data as the comparative cost of supplies, and the time required to carry on different kinds of work in the routine of housekeeping.

“The filing of correspondence helps to prevent the accumulation of unimportant letters and acts as a reminder that replies are due.  It also gives latest addresses, thus replacing the address-book which, of necessity, shows many alterations and is frequently not up to date.

“Magazine and newspaper clippings become of greater value when systematically arranged than when allowed to accumulate in a desk drawer or when pasted in a scrapbook.  Many housekeepers try to preserve data of this nature by memory dreading the thought of systematizing records to so great an extent.” (Emphasis and paragraph breaks added.)

So What Can Household Records Include?

A Manual of Home-making gives a list of suggested household records.  But please remember, that the point of this post is to help you organize without getting overwhelmed!  Don’t try to do the whole list right now.  In fact, don’t even try to do half of it.  Pick out one or two areas you would like to work on, and keep them in mind as we take a look at some great advice for organizing in manageable bites.

Here are some of the household records that Edith Bradford documented:

– accounts
– financial papers, such as insurance policies
– inventories of furniture, linen, and the like
– comparative cost of foods having approximately the same value in the diet
– stock of staple food supplies
– tested recipes
– dishes suitable for each of the three meals, those quickly prepared being listed separately
– household hints on laundry, dyeing, and the like
– storage record
– time record for certain kinds of household work, when no interruptions occur
– medical and dental record
– correspondence
– gift record
– plans for the future, such as making gardens
– amateur photography

How To Start Organizing By Small Steps

Organizing your whole record system at once is a daunting task.  I can’t advise you to do it, because I haven’t done it myself.  And unlike the mosquito bite cure, it hasn’t been for want of opportunity!

The quotation we cited above could have been a description of me when it said: “Many housekeepers try to preserve data of this nature by memory, dreading the thought of systematizing records to so great an extent.”

“Such organization, however, may be carried out gradually, beginning with the data most frequently used and extending to other subjects of interest.”

I can advise you not to succumb to overwhelmed feelings.  Because I have tried Edith Fleming Bradford’s “gradual organization” method, and found that you can realize surprising results in a very short time.

The first area I wanted to tackle in the Organized Records department had to do with emails (which would fall under “correspondence” on the list above).  No matter how faithful you may be about checking your inbox, there are some emails that just pile up.  There are emails that require an activity before they can be answered.  There are emails that contain information you need to keep.  There are messages that got pushed to the side, while you completed more pressing work.  And there are “letters” from friends that you don’t want to lose, even though you’ve already read them and replied.

The Need for A System

My email account was a striking example of unaltered manufacturers’ settings.  It contained all, and only, the folders which were automatically installed.  And I didn’t even use most of them.  Anything I wanted to keep stayed in my inbox—not necessarily because I wanted it that way, but because organized records were something I simply hadn’t gotten around to yet.

This morning, I went into my email settings and created three folders.  In the near future, I would like to take another fifteen minutes, and sub-divide some of those folders for greater organization, but I didn’t have time for a half-hour project today.

My three folders are divided as follows:

Saved Information – emails which I don’t plan on deleting in the near future.  They contain information of some sort, which I want access to in the future.  The simplest way of preserving that information, is to file it all together in one place.  I know where to find it when I want it.  And it is no longer competing with more pressing emails in my inbox.

Requiring Action – this is for emails which I have opened and read, but which I can’t reply to or delete without taking some further action.  These emails include “Can you find out such-and-such and get back to me,” “Take a look at this, when you get a chance,” etc., as well as messages that are going to require a lengthy answer which I don’t have time to write when I open the email.

Email Course – this fall, I signed up for a course which I didn’t get time to complete.  The emails for this course were something that could have gone into Saved Information, but I had enough of them that I thought they might as well have their own folder.  I am not sure exactly when I will find time to complete the course, but it’s something I still want to do, and the emails will be waiting for me when I’m ready for them.

You’ll Be Surprised at What You Can Do!

Organizing my inbox was a very simple task.  Once I had created my three folders and sorted all my “keeping” emails into them, I deleted all the “not-keeping” material.  Lo and behold!  My inbox was completely empty!  In fifteen minutes!

No, I do not have time at this juncture in my life to take a two-week holiday and completely organize all my household information.  But I did have fifteen minutes this morning.  And it sure made a big difference.

So let me challenge you to take a look at the first item you picked off the list.  Probably it is a broad subject, but you don’t have to tackle it all at once.  Decide on one small aspect, and take the simplest action first.  You’ll be amazed at how quickly you accomplish exciting results!

All quotations in this article were taken from A Manual of Home-Making by Martha Van Rensselaer, et al.

For further encouragement to persevere in the responsibilities we’ve been given, take a look at: 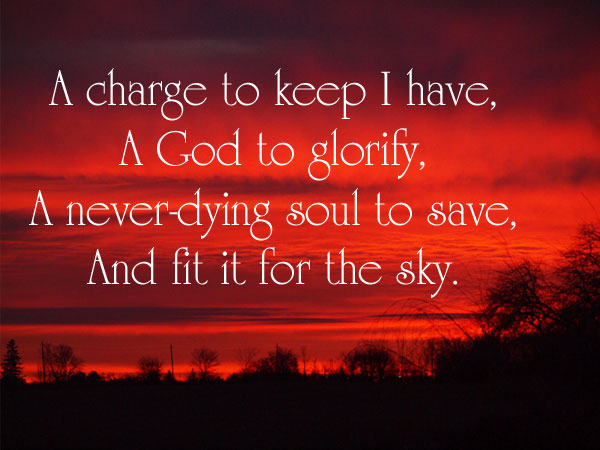 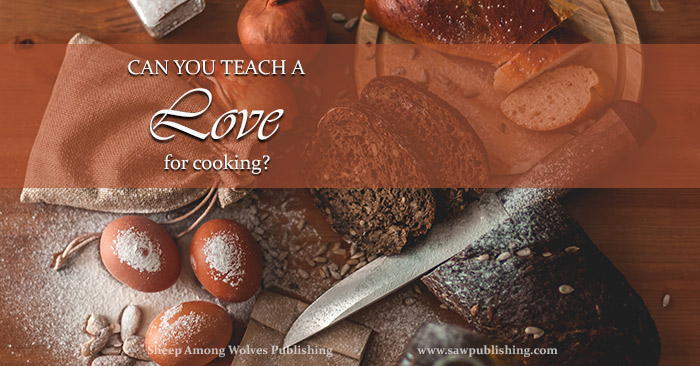 14 thoughts on “Are Organized Records Just Too Overwhelming?”