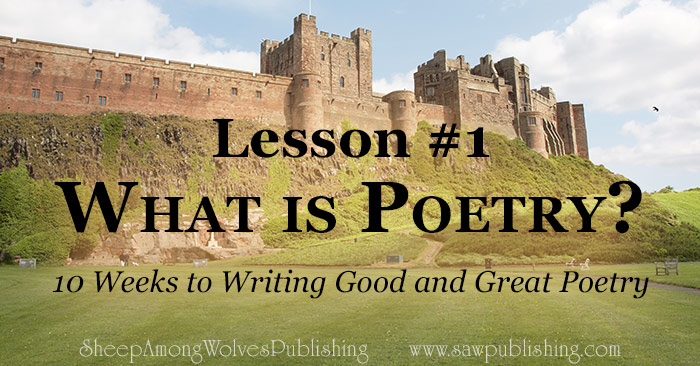 What is the true definition of a poem?  Probably most of us would say that a poem is a form of writing characterized by rhyme and metre, and usually broken into verses or stanzas.  This is true, the way it’s a true definition of a dog to say that it is a four-legged creature with fur and a tail.  It’s part of a dog, but it’s not all of a dog.  (And incidentally it would define a cat, too!)  In the same way, to say that a poem is defined by rhyme and metre, is to miss the essential quality which makes it poetry and not just rhyme.

I’m guessing most people in the English-speaking world have heard the age-old nursery-rhyme “Humpty-Dumpty.”  If we only look at the rhyme and metre, Humpty-Dumpty passes the poetry test with flying colours.  Wall rhymes with fall, and men with again (as commonly pronounced), the first two lines are equal in metre, and so are the second two.  But without any knock on Humpty, it is easy to see that this doesn’t make it a poem.  Evidently, when we define poetry merely by its structural features, we end up with the problem I mentioned above—we defined a cat, as well as a dog!

What Makes a Poem?

It’s obvious that the definition of poetry goes beyond its structural merits, and has to do with the content of the poem.  What type of content makes a rhyme into a poem?

Let’s take a look at one of the greatest English hymns of all time—Hark, the Herald Angels Sing.

Hark! the herald angels sing,
“Glory to the newborn King!
Peace on earth and mercy mild,
God and sinners reconciled!”
Joyful, all ye nations rise,
Join the triumph of the skies;
With th’angelic hosts proclaim,
“Christ is born in Bethlehem!”

Christ, by highest heav’n adored;
Christ, the everlasting Lord!
Late in time behold Him come,
Offspring of the virgin’s womb:
Veiled in flesh the Godhead see;
Hail th’incarnate Deity;
Pleased as man with men to dwell,
Jesus, our Emmanuel!”

Hail, the heav’n-born Prince of Peace!
Hail, the Sun of Righteousness!
Light and life to all He brings,
Ris’n with healing in His wings.
Mild He lays His glory by,
Born that man no more may die,
Born to raise the sons of earth,
Born to give them second birth.

In terms of metre, this hymn is equal to Humpty-Dumpty (that sounds terrible, doesn’t it?), and in terms of rhyme it contains three incorrect rhyming pairs, which makes Humpty-Dumpty turn out the better poem, when comparing only rhyme and metre.  But when we go beyond structure, and look at the content of the poem, Humpty-Dumpty is left a thousand miles behind (as it should be), and the true grandeur of great poetry becomes evident.

I was thinking of this idea a couple of days ago, and trying to describe what we actually find in poetry that makes it poetry, and I hit upon a definition which adequately expresses my point.

The real essence of poetry is a powerful thought expressed in equally powerful words. 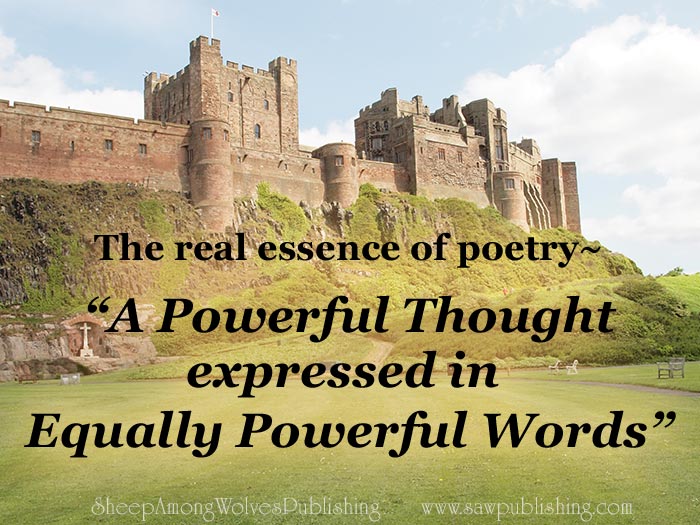 There.  That’s the definition.  It doesn’t mention anything about rhyme and meter, there are no stanzas, and no iambic pentameter, but I think it really captures what we’re actually talking about.  The essence of poetry is a powerful thought expressed in equally powerful words.

And this is where “Hark the Herald Angels Sing” completely outstrips poor old Humpty.

I’ve known this hymn nearly my whole life, and it’s very easy for me to sing the words without giving them any thought.  But when I do think of them, when I actually pause to consider what I’m singing, I’m astounded by the power and majesty of the piece.

Consider these lines in verse two:

“Veiled in flesh the Godhead see,

“Pleased as man with men to dwell,

That is a powerful thought expressed in equally powerful words.  “Veiled in flesh the Godhead see.”  The words often send shivers up my spine at the pure power of their import.  A thought so far beyond the comprehension of the most intellectual among us, finding expression in such thrilling words.  That is the essence of poetry.  That is the essence of what each and every one of us who aspire to write poetry are aiming at.  A line which after two hundred and forty years can still impact human hearts to that extent.  It makes one almost forget about the weakness of some of the rhyming pairs—or if not forget, at least ignore as an amiable failing.   Because we are so struck by the soul of the hymn, that we haven’t time to criticize the body.

So What is a Poem?

Of course, there’s much more to a poem than this simple definition.  Just like if we were to define a dog by his character, personality and temperament, we would still need to remember the four-legged furry animal, with a tail.  But if we defined him only as that, it would really be the tail wagging the dog!

In the following series of posts, I would like to highlight some of the various facets of poetry, using great hymns as the examples where needed, to give your school-aged children a good idea of what poetry is, and how they too can write not only rhymes and verses, but true solid poetry and hymns, which will inspire others for years to come.  Who knows?  In so doing we may help another Charles Wesley to find the real essence of poetry.

4 thoughts on “What is Poetry?”