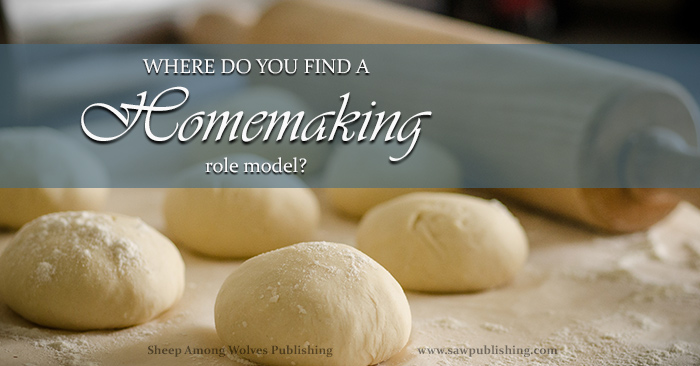 I don’t know how to be thankful enough for the homemaking role model I had growing up. Sure, my mother didn’t know everything—many things she was still figuring out for herself. But I know I’m a lot better off now than she was at my age!

I realize that there are many, many others who haven’t been as blessed as I was in this respect. There are so many young wives and mothers who embarked on the seas of “running their own home” without enough training in how exactly you keep a house.

Many of you have been struggling on, learning by trial and error, and feeling in some ways like you’re swimming against the current.

And the question probably arises: Why didn’t the previous generation train their daughters to be good homemakers?

Where Are All the Homemakers? 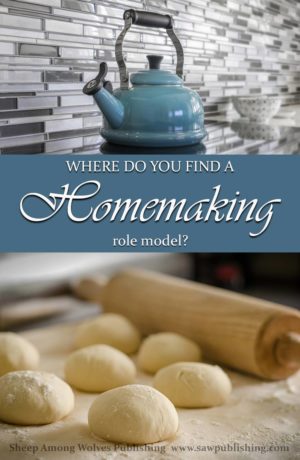 Many women in the Christian homeschooling community desperately feel the lack of mentoring when it comes to their role as godly homemakers.

Coming out of a generally feministic society with a “both-parents-working” mentality, many homeschooling moms are pioneers when it comes to a Biblical model for the family.

Without needing to blame anyone for this trend, it is helpful to recognize that there are many among us who just weren’t given adequate training in such areas as cooking, cleaning, doing laundry, and just making sure that the house runs smoothly.

Even if you possess a strong support system among your peers, there may be a significant lack in the example of a mature generation who has gone before.

The astonishing thing is that this problem is actually not a new one in the slightest. Housekeeping manuals from the 1800’s and 1900’s lament exactly the same disregard of training in domestic skills which many young homemakers are feeling today!

“While we regret the present system of education, in which all things are taught (or rather attempted) except that which to every American female must at some period of her life be absolutely necessary, [i.e. a knowledge of homemaking,] we would not have our young married ladies discouraged if, on first assuming the charge of a house, they find themselves subjected to much perplexity and inconvenience from ignorance of their new task.” – Elisa Leslie, Miss Leslie’s Lady’s House-Book, (1840).

While this information may be astonishing and disappointing to many of us, there is one good thing which rises from this historical lack of solid training in homemaking. Because young housewives lacked role models throughout the last couple of centuries, two hundred years of homemakers have left us the legacy of books written to help the inexperienced homemaker who has no real-life role model to turn to in her difficulties!

Timeless Tips from Homemakers of the Past

SAW Publishing’s collection of Timeless Tips from Homemakers of the Past is intended to utilize some of this priceless legacy. It also aims at introducing you to a few of the authors of past years who valued and promoted homemaking, even in the midst of a society which gave them, at times, discouragingly little support.

Their confidence and enthusiasm ring out across the intervening years, to bring hope and encouragement to the homemakers of today. As Eliza Leslie goes on to say:

“A competent knowledge of household affairs is by no means difficult to acquire, and is within the reach of every woman of tolerable capacity, who has a proper conviction of its utility, and an earnest desire to profit by all opportunities of improvement in its pursuit. It is a homely but a true saying, that ‘where there is a will there is a way.’”

Each Timeless Tip highlights practical wisdom from a specific homemaker of the 1800’s or 1900’s, including quotes from their works and advice for adapting their principles to life in the twenty-first century. This series covers a wide variety of topics, from intensely practical how-to articles to discussions about passing on homemaking skills to the next generation.

So Where Do You Find a Homemaking Role Model?

Even if you never have a contemporary real-life mentor, who can tell you all her tips and tricks for running a house smoothly, you don’t need to despair of filling that “homemaking role model” need in your life.

Sure, it would be nice if every young homemaker had a previous-generation mentor who could shepherd her along the way. Maybe someday, you can be that to the next generation. But for now, the reality is, that many young—or not so young!—housewives, are going to find themselves without a visible role model.

The Homemaking Role Model at Your Fingertips

All this doesn’t mean that you have to flounder alone and unaided through a bewildering sea of “first time” mistakes. Far from it. Because by listening to written wisdom from “homemakers of the past,” we can garner from them all the little pieces of advice and aid which we might not be getting elsewhere.

And when you consider it, don’t you think those homemakers would be touched and honoured to know that they can mentor a whole generation of young housewives, long after they are gone? There is so much that we can learn from them. Let’s make the most of our opportunity.

Are you eager to learn from the homemakers of the past? Take a look at the list below for access to the complete collection of Timeless Tips from Homemakers of the Past. 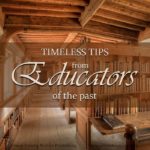 Are you struggling to figure out homeschooling on your own? Timeless Tips from Educators of the Past is a companion series to our original Timeless Tips, offering a wealth of educational wisdom from days gone by. 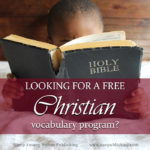 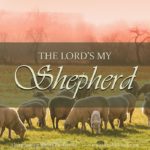 “The Lord’s My Shepherd” is an emblem of the legacy of English hymnody. Let’s make it our priority to see that this great musical heritage is passed on to future generations.