This series on Scripture Allusions in Hymns takes a look at some outstanding hymns based on verses or passages of Scripture, and the aspects of greatness they display.  For a fuller explanation of the series and its topic, check out our post entitled Identifying and Analyzing Hymn Allusions. 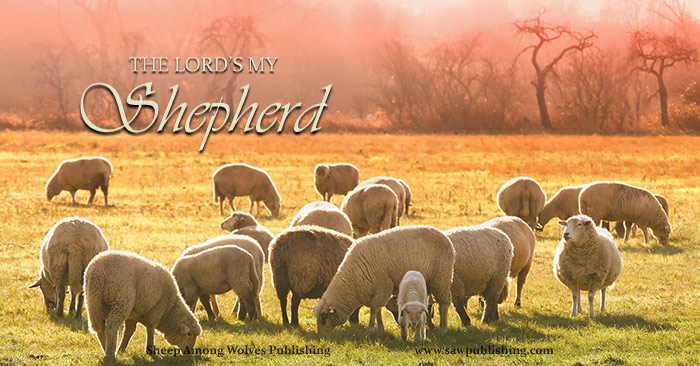 How many of you finished out the line—or even the verse—in your mind?

This paraphrased version of Psalm 23 is one of the most famous and long-lasting of English hymns, ranking right up there with “Amazing Grace” or “Abide with Me.” Its tremendous and enduring popularity has prevented the Scottish Psalter of 1650 from being completely forgotten in our generation.

Today’s post looks at this exceptional paraphrase and the influential body of work from which it is taken.

Name: The Lord’s My Shepherd

Highlights: The Scottish Psalter occupies an important place in history, forming a critical prelude to the “modern” advent of hymn-singing in the English-speaking church.  Its widespread popularity is merited by the exceptional faithfulness employed in the paraphrases; and its tremendous impact on the centuries of hymn-writing which followed cannot be disputed.  The church today, as the heir of the legacy of English hymnody, owes a great debt of gratitude to the numerous learned men who had a part in the composition and revision of this Psalter.

Probably the greatest attribute of all the Scottish Psalter hymns is their meticulous faithfulness to the text. Six years of faithful examination and alteration went into the final copy of meterized Psalms which we know as the “Scottish Psalter of 1650.” This carefulness is a testament to the seriousness with which the compilers and reviewers approached their task, striving in all respects to make it the closest possible to the original, even comparing it with the Hebrew text.

Their success in this endeavour has produced without question the single most faithful collection of paraphrased Psalms in the English language.

“The Lord’s My Shepherd” is an excellent example of this faithfulness. Of the 118 words of the Psalm, fully 75 are exactly copied into the corresponding line of the hymn, and the remaining 40 words in the paraphrase (43 in the actual Psalm) are as little altered from the original as the restraints of rhyme and metre will allow.

Take a closer look at a line-by-line comparison of the Psalm and paraphrase in our complimentary PDF.

The metre for this paraphrase is 8.6.8.6. (Common Metre) which is the standard metre in the Scottish Psalter. In the Psalter, each of the 150 Psalms is given in a Common Metre version, with a handful also including a “second version” in 6.6.8.6. (Short Metre), 8.8.8.8. (Long Metre) or, in one or two instances, a more complicated metre. 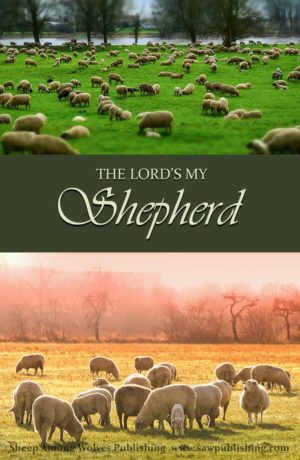 This consistency of metre in the Psalter has the interesting effect of allowing the singers to mix and match tunes and words, since nearly all the tunes and Psalms are composed in the same metre.

The only unfortunate part about paraphrasing in this metre is that the relatively short lines can sometimes hamper the expression, or cause breaks in the thought or flow half-way through a line. An instance of this comes in the third line of verse one, “In pastures green; he leadeth me.”  “He leadeth me” actually belongs to the next line “The quiet waters by,” while “In pastures green,” is the tail-end of the previous line, “He makes me down to lie.”

That being said, this line in verse one is the only significant instance of this kind in the meterization, which, on the whole, is one of the better pieces in the Psalter.

The rhyme also is above-average for this collection, containing in fact no departures from strict true-rhyme. The five pairs of rhyming words (one pair in each verse) are irreproachable, and this attribute is more important for the overall merit of the poem than the slight awkwardness in the metre.

The style of this paraphrase, and the entire Scottish Psalter, though necessarily dictated in some degree by the style of the King James (or Authorized) Version of the Bible, also has some peculiarities of its own. One of these is the indiscriminate use of both older and newer styles of verb-endings, depending on the length of the line or the word it needs to rhyme with. In the hymn in question, the use of the words leadeth, hath, doth, art, dost, and hast (older endings and words), are intermingled with the words makes and overflows (newer endings), a style which is very typical of the Psalter as a whole.

The desire to be as close to the original as possible has also produced a certain explicitness in stating each idea, without much concern as to poetical flow. This is, to a certain degree, natural and unavoidable, but it does lower the actual poetical value of the Psalter.

In summary, I think it is fair to say that the style of the Psalter is chiefly a by-product of the other aims and objectives of the compilers, and it should hardly be considered apart from the great success achieved in these other respects.

Goodness and mercy all my life
Shall surely follow me;
And in God’s house forevermore
My dwelling-place shall be.

The majestic words of this enduring hymn, and the grand flow and swell of the tune “Crimond” to which it has been most commonly linked, bring a sense of timelessness fully justified by the centuries through which it has passed. In many ways, “The Lord’s My Shepherd” is an emblem of the legacy of English hymnody through the ages, and the great blessings which this legacy has brought to the church as a whole. In the twenty-first century, hymn-writing and hymn-singing are becoming, like so many other things, an “endangered species.”  Let us make it our business then, to see that this great musical heritage of the church does not slowly fade and die away, but is revitalized and reinvigorated, so that a hundred, or two hundred, or four hundred years from now, this great English classic hymn, and the heritage which it embodies, shall be just as familiar to our descendants as they have been to our forefathers and to us. 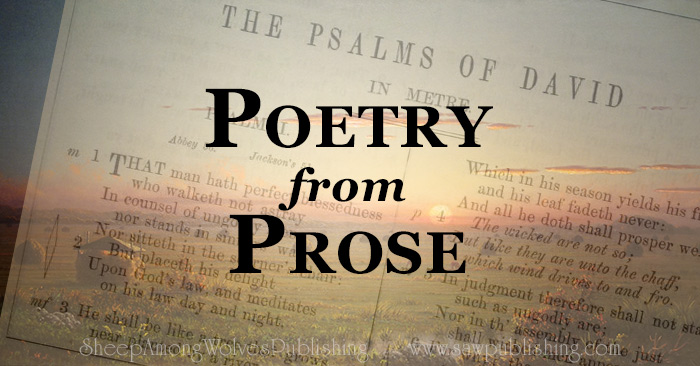 Interested in learning more about Scripture meterizations? This post gives an introduction to the art of creating poetry from prose. 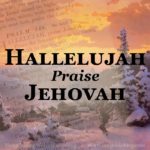 The jubilant music, and joyful words of Hallelujah, Praise Jehovah, make this Psalm paraphrase an excellent hymn to sing aloud in praise to our Creator and Redeemer. 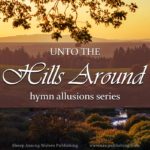 Unto the Hills Around, by John Campbell, captures the comfort and beauty of Psalm 121 in a faithful meterization which is easily memorized and sung. 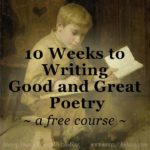 Are you looking for a Christian course that will teach your high school student to write poetry? Check out our FREE 10 Weeks to Writing Good and Great Poetry.