It might sound a bit like treason to begin analyzing old favourites in the way of Christmas hymns.  A little bit like picking to pieces that childhood favourite “Lullaby and Goodnight,” or expecting “Old MacDonald’s Farm” to be a poetic masterpiece.  Most of us are perfectly content to sing those age-old favourites without a single examination of their words, as cheerfully and unquestioningly as we used to sing our own renditions of them as children.  Indeed I can distinctly remember in the second stanza of “Come Thou Long Expected Jesus,” singing confidently about “Israel’s Strength and Constellation” because we had seen His “Naval Star.”

But there are some times when it only makes us like our old favourites the more to discover that they really are some of the greatest hymns ever written.  And “Angels From the Realms of Glory” certainly fits into this category.

If you take a close look at the structure of this hymn, it becomes apparent that a tremendous amount of skill goes into each and every line.  Despite the metre being fairly short for this type of rhyming pattern (8.7.8.7.), a double rhyme is employed in the first and third line, while the second and fourth have a single rhyme.  Expressing concise thoughts is extremely difficult when you have to follow this kind of rhyming pattern, especially because there are no unrhymed lines.  Every line and every word have to count.  And in only one case in the entire hymn are two words used as rhyming words that don’t quite match.  This is especially impressive when we contrast it with other hymns of its class.

Added to this, the flow of the hymn is smooth and not stilted, and in no case is there a line which appears to be thrown in merely to fit the rhyme.  The thoughts are well-expressed, with a freedom and ease that is remarkable.  The language is also rich and meaningful, giving greater majesty and importance to the theme.  It is obviously not a hastily written or ill-conceived piece of poetry, but gives us the impression that the author took his subject seriously.

Of course the most important characteristics of a hymn are doctrinal soundness and a scriptural foundation.  A lot of Christmas hymns especially, take a good deal of poetic licence with their subject, making statements that although perhaps not contradicted in Scripture, are certainly not recorded.  “Angels from the Realms of Glory,” however, is astonishingly free from such allusions, and sticks pretty closely to the facts of the Christmas story, albeit drawing in other themes at the same time.

Among these is the parallel between Christ’s birth in the manger and his second coming.  Stanzas four and five remind us that while we are counting down the days to the celebration of Jesus’ birth long ago, we should also remember that someday the Infant we now see in a manger shall come in the clouds to judge the living and the dead.  It reminds us of the ultimate conclusion of the Christmas story, the final salvation of those for whom Christ lived and died.

It’s often hard to find a new way of saying a very old thing.  Especially with something like Christmas that everyone is so familiar with.  However, I would say that this hymn does find an original way of expressing its subject.  I’ve always loved the lines in the first stanza, “Ye who sang creation’s story now proclaim Messiah’s birth.”  It made me look at the subject in a different way to imagine the same angels witnessing the creation of the world and the birth of Christ.  And as the hymn goes on, it continues to express the ideas in a similarly original way, while at the same time keeping to the scriptural facts. 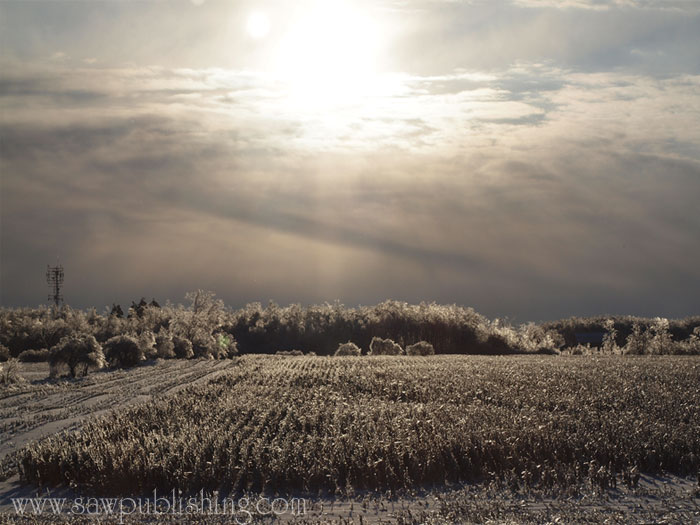 Angels From the Realms of Glory

Angels from the realms of glory,
Wing your flight o’er all the earth;
Ye who sang creation’s story
Now proclaim Messiah’s birth.

Shepherds, in the field abiding,
Watching o’er your flocks by night,
God with man is now residing;
Yonder shines the infant light:

Saints, before the altar bending,
Watching long in hope and fear;
Suddenly the Lord, descending,
In His temple shall appear.

Though an Infant now we view Him,
He shall fill His Father’s throne,
Gather all the nations to Him;
Every knee shall then bow down: 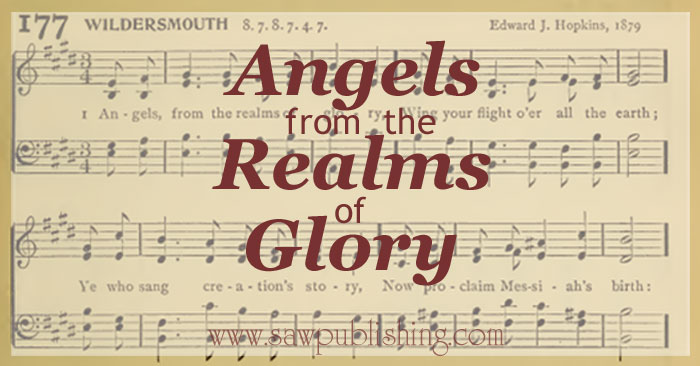 Next time you sing this hymn I would encourage you to remember why it is such a great hymn, over and above the fond associations which you have for it.  Remember the amount of skill that went into it, the solid foundational truth it expresses, the timelessness of the words that encourage us to look beyond the stable, beyond the cross, beyond the empty tomb, to the skies where our Redeemer, now no longer a baby in a manger, shall come again.  Remember why it is one of the two best Christmas hymns ever written.

And what about the other one?  You’ll have to wait until next week to find out!