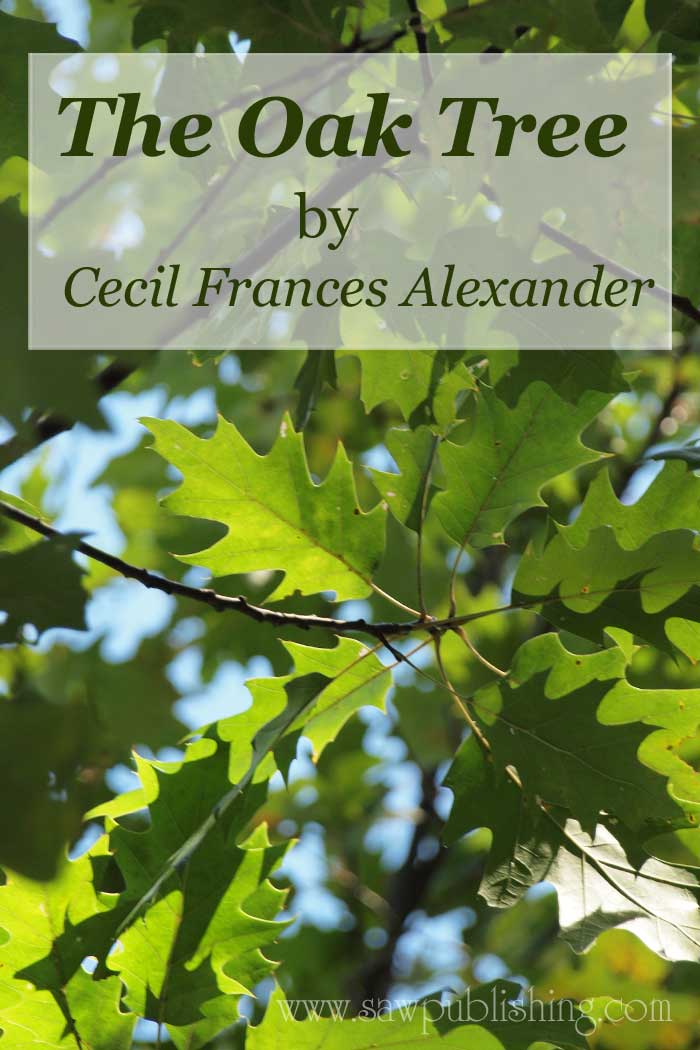 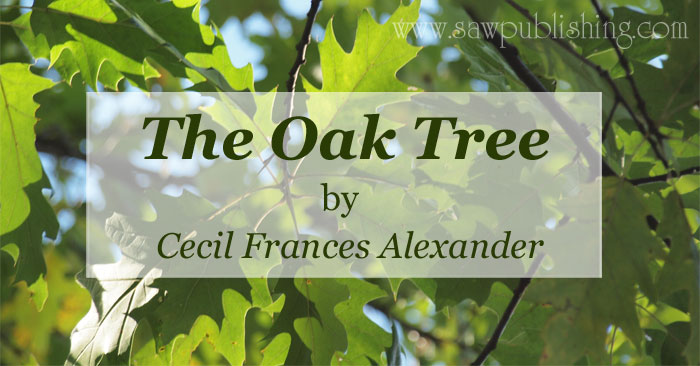 An appreciation for great poetry, as for great prose, is begun in childhood.  The poems which we read when we are young, form the basis of our perspective on poetry for the rest of our lives.  If we read and memorize poems which are good and great as children, we will never be truly satisfied by anything less later on.  Some of the poems I read out of school readers still hold my attention today, and while there are others I have since grown out of, they nevertheless had an impact on my ideals of poetry.

As I mentioned in an earlier post on Wordsworth’s “Daffodils,” there are numbers of great poems by great authors which are good reading for Christians.  Many of these are also wholesome for children, and they certainly have a role in homeschooling and reading aloud, but there are also some by lesser-known poets which can be very helpful as well. 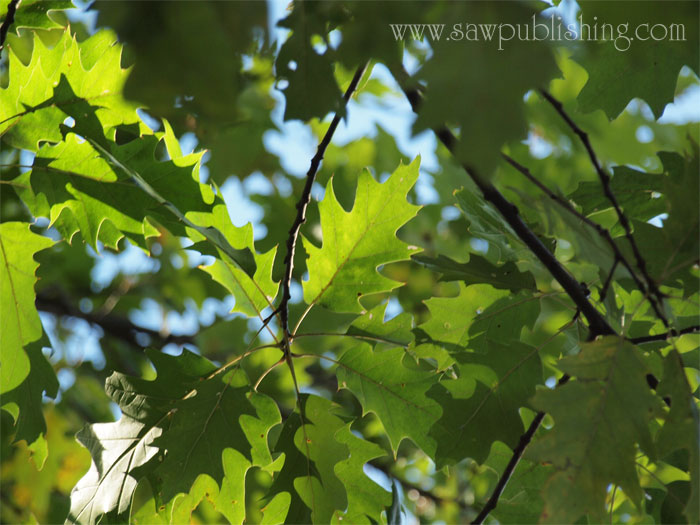 The poem featured in this post was written by Cecil Frances Alexander, probably best known as the hymn-writer of “All Things Bright and Beautiful” and “Once in Royal David’s City.”  However she also wrote a large selection of children’s poetry, including “The Oak Tree” shown below.  As she wrote in the nineteenth century, some of the topics covered in her poems might be disturbing to sensitive children today, but many are merely simple lessons from nature or everyday occurrences.

The metre of “The Oak Tree” is very simple, and certainly more intended for children than adults, but the rhyme is faultless, and the lesson clear but not overly preachy.  Careful rhyme and metre are important for children’s poetry, since they form the child’s standard in both those categories.  More elaborate language can be taught later, but correct rhyme and metre need a solid foundation.

This poem is possibly a little long for memorization over a short period, but by breaking it into two or three chunks, it would make a nice addition to a homeschool scenario, or just for casual reading.  Children like to memorize poetry which is easy to recite, and contains a lesson or object they can understand. 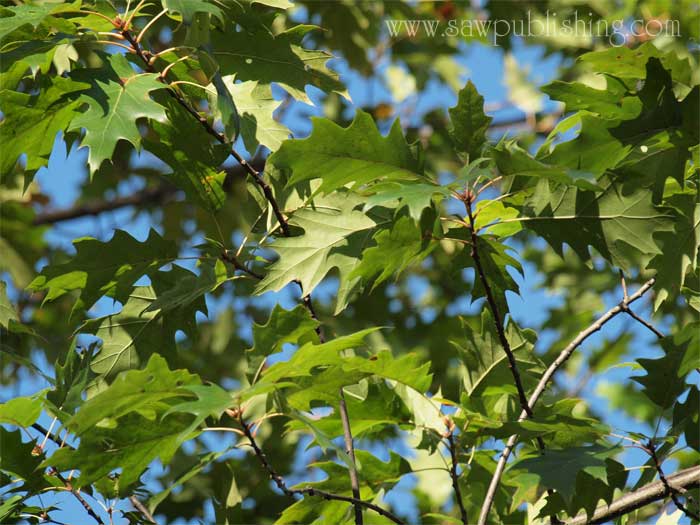 Long ago in changeful autumn,
When the leaves were turning brown,
From the tall oak’s topmost branches
Fell a little acorn down.

And it tumbled by the pathway,
And a chance foot trod it deep
In the ground, where all the winter
In its shell it lay asleep;

With the white snow lying over,
And the frost to hold it fast,
Till there came the mild spring weather,
When it burst its shell at last.

First shot up a sapling tender,
Scarcely seen above the ground;
Then a mimic little oak tree
Spread its tiny arms around.

Many years the night dews nursed it,
Summers hot, and winters long,
The sweet sun looked bright upon it,
While it grew up tall and strong.

Now it standeth like a giant,
Casting shadows broad and high,
With huge trunk and leafy branches,
Spreading up into the sky.

There the squirrel loves to frolic,
There the wild birds rest at night,
There the cattle come for shelter
In the noontime hot and bright.

Child, when haply thou art resting
‘Neath the great oak’s monster shade,
Think how little was the acorn,
Whence that mighty tree was made.

Think how simple things and lowly,
Have a part in nature’s plan,
How the great hath small beginnings,
And the child will be a man.

Cherish then the gifts of childhood,
Use them gently, guard them well;
For their future grown and greatness,
Who can measure, who can tell?

I have pleasant memories of learning and reciting poems as a child—the little verses about nature or home-life, with the humour I barely comprehended, or the lessons I did comprehend.  Without that early education in poetry, I don’t think I would be writing it today.  So build for your child a strong foundation of “little efforts” and “simple things and lowly”, as the last three verses of this poem encourage; you never know what “great actions” and “noblest deeds” will be the result!