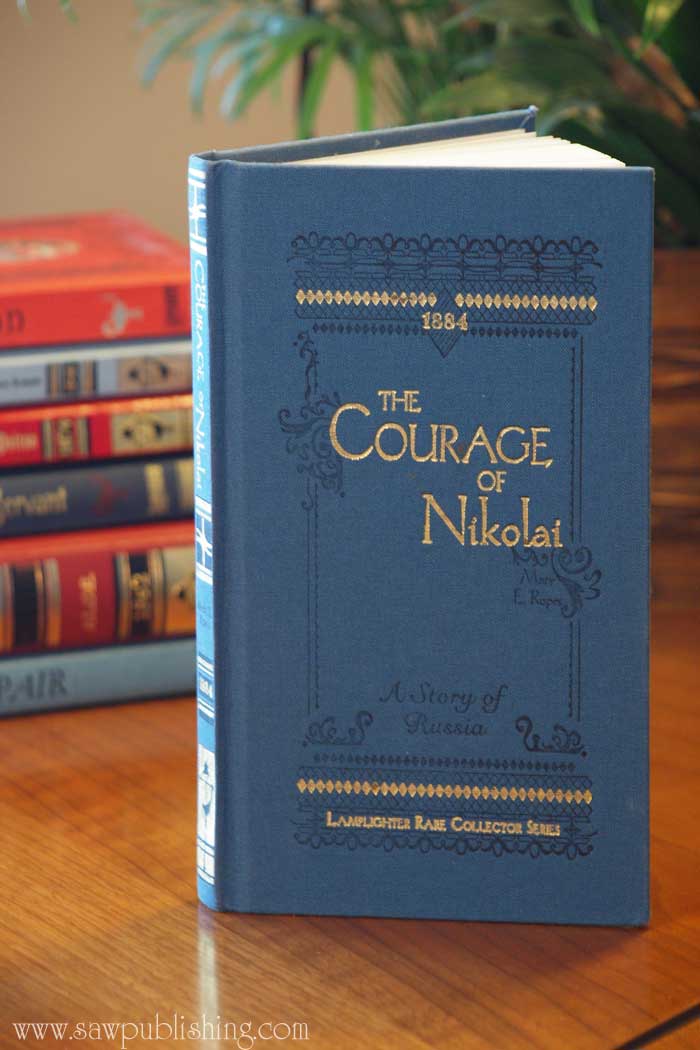 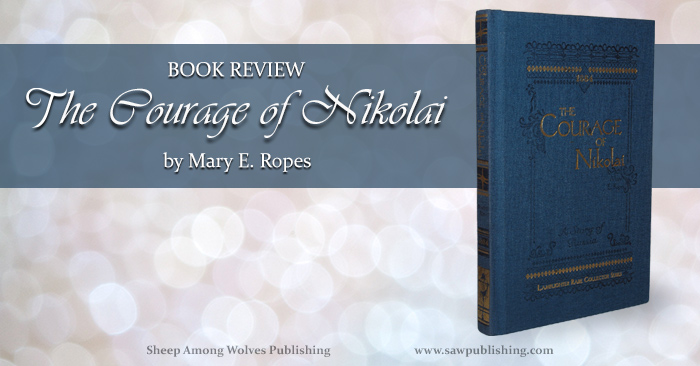 Pre-revolutionary Russia was not a place where you would want to raise your children.  It was a location of civil unrest, harsh working conditions and scarcity of food.  Life was unpredictable and bitter to say the least.

We, as North Americans living in the 21st century have very little understanding of what such a life must have been like and how the youth of the nation of Russia could withstand the forces for evil and stand firm in their faith—if they had any.

The Courage of Nikolai brings to life the reality of Russia prior to the Revolution of 1917.  This adventure story of Nikolai, the coachman’s son, living on a large estate in rural Russia, did more to inform me of the life of the Russian people than any formal history study has done.  I developed a feel for the day-to-day activities and struggles of both the common peasant and the aristocracy in the first third of the book.

The edge-of-your seat writing and the godly character of Nikolai make this an easy review to write.  This is a book that is both good and great.  It will enlarge your child’s knowledge of Russia, develop their vocabulary, stretch their reading comprehension, and model for them a godly response to challenging circumstances.

Summary of The Courage of Nikolai 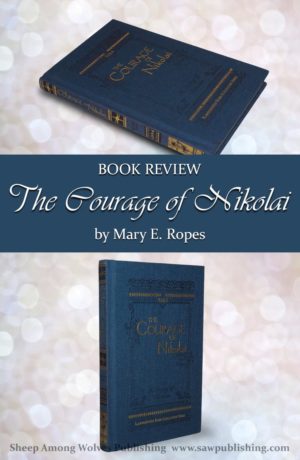 Nikolai has spent his entire life in the wilderness of Barrin Dimitri Romanovitch Roukassoff ‘s estate in Russia, 20 miles from the nearest town, and ignorant of the world around him.

Into his world steps Mary Cornwall, fresh from England and called to Russia to become governess to the Barrin’s two daughters.  Lonely and scared in this strange new country, Mary courageously leans on her faith in Jesus to see her through her many new experiences.  She hopes that God will provide an opportunity for her to be useful.  It is not long before God uses her skill as a surgeon’s daughter as well as her knowledge of her Saviour to impact the life of young Nikolai.

When the Barrin’s daughter is burned during a Christmas celebration, it is Nikolai who is chosen to traverse the dark and lonely roads to fetch the doctor.  His natural wits and trust in the God of the kind governess allow him to escape the hands of robbers before he even locates the medical man.

His return journey holds more adventures yet. An injured stranger, runaway horses, and a pack of hungry wolves set the stage for an adventure that takes Nikolai out of the only world he has ever known and drops him into a life of intrigue and danger in bustling St. Petersburg.

The main events in this fast paced adventure novel are factually based, giving an accurate portrayal of Russian life near the turn of the 20th century and a glimpse into the workings of pre-revolutionary Russia.

As a supplement to the study of modern history, this would make great reading for a family that includes boys.  One adventure follows another for Nikolai.  Unlike many boys’ adventure stories, our hero remains true to his faith, meeting temptation and danger with courage that is both refreshing and realistic.  That being said, there is enough focus on the governess and the roles of the family members to exclude this from being a “boy’s only” type of book.

The recommended reading range is 9-14.  I would not be comfortable giving this to my 9 year old to read on his own.  I think that the subject matter is too mature to be dealt with at this age.  You will know the knowledge and sensitivity of your own child, but as a general guideline we would recommend this book for 13+.  As always, we recommend that you familiarize yourself with all of your children’s reading material before letting them read it on their own. Click here to read our post on Why You Should Read Every Book Your Child Reads.