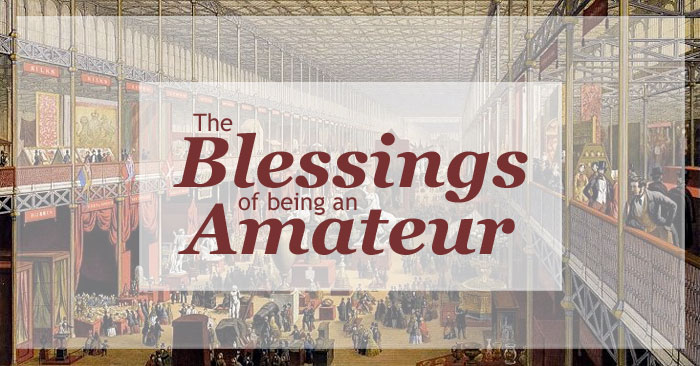 Do you feel like a hopeless amateur?  Perhaps you read homeschooling magazines, and sigh over the perfect schedule of that perfectly organized mother of six?  And then you remember that you only have three, and you’re still miles away from an organized life?

When I was a child, I was given a drop spindle.  Drop spindles are the ancient predecessor of the “modern” spinning wheel.  They are less expensive and less bulky than wheels, and so drop spindles are perfect for amateurs.  This being said, they are still pretty difficult if you’ve never used one before, so I was taken to have a lesson from a lady who was a professional in wool handicrafts.

The great idea in spinning is to produce a smooth, even thread.  The more skilled you are, the thinner and finer the thread you are able to spin.  The goal in learning to spin is to acquire the ability to spin fine thread.  Needless to say, my first attempt (and my second, and my third) was very far from thin.  It was, in fact, decidedly thick and lumpy.

My teacher was a patient person who remarked cheerfully that thick wool had its advantages too.  Sometimes a skilled spinner may wish they could make thick, bulky yarn, she told me.  But having learned to control the spindle properly, the fat strands which were the product of inexperience are hard to obtain.

Professionals Sometimes Wish They Were Amateurs!

It strikes me now, that my spinning teacher’s comment revealed an interesting fact.  We are all aiming at being professionals.  We want to be able to get it right—to have everything under control—to be really good at what we do.

But are we missing out on the blessings which belong to the special stage we’re at?

Right now, we’re amateurs.  We are working as hard as we can to leave the amateur stage behind us, but it takes time.  We can’t change the fact that for the moment, we are inexperienced beginners.  But the amateur stage has some special perks of its own.

Being part of a brand new publishing company has helped me to realize how special it is to be at the beginning of a project.  Every little step is a delight!

I know that some websites reached their one-millionth page view this past year.  Some companies saw their daily comments skyrocket into the hundreds.  I’m sure those were very exciting goals to hit.  But I doubt whether the one hundredth comment in a “professional” company brings half the joy the first comment does to a beginner.

I doubt whether the university professor feels the same delight in the theses of his graduating class, as you do when your four-year-old sounds out his first word.

Are you just starting something new?  You and I are at a very special place right now.  Everything is fresh and new to us.  We have so much to learn, so much to excite us, so much to motivate us.

2) Remember That You Can Still Be Productive! 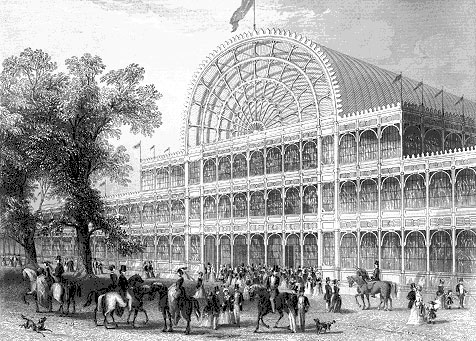 One of the most iconic buildings of the Victorian Era is the Crystal Palace.  Built originally in Hyde Park for the Great Exhibition of 1851, it was designed by—a gardener and railway director. 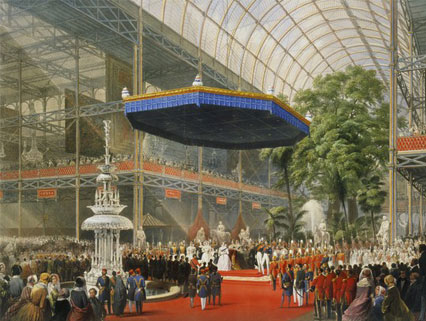 Had Paxton been a professional architect, he would very probably have fallen into the same difficulty as the other 245 designs which had been submitted as suggestions for the Exhibition.  It was his unique position which allowed him to bring together elements developed in an entirely different sphere, and to create a building which could be quickly built, easily removed, and which had the side benefit of providing natural lighting!

Most of us are not aiming at designing the next Crystal Palace.  But if an amateur’s sketch, made on blotting paper during a railway meeting, could turn into a national icon, it offers inspiration to all of us to keep on at our own tasks, even when we feel unqualified and unprofessional.

3) Remember That Professionals Can’t Be Amateurs!

This was the lesson brought home to me by the drop spindle.  An amateur can become a professional.  It requires patience, and perseverance, and sometimes hard work.  But it is comparatively easy to move from the amateur to the professional stage.  Babies learn to walk.  Pre-schoolers learn to read.  First-year homeschool moms learn to teach, and to teach successfully.

But it is almost impossible for a professional to learn to be an amateur.  A three-year-old can’t be a baby again.  A skillful spinner can’t jump back to the inexperienced lumpy wool.  Amateurs can’t keep on practicing without finding their inexperience slipping away.

Today is precious because it is fleeting.  Tomorrow is going to be here before you know it, and it will be full of special blessings of its own.  But when it comes, today will be over.  And today has a host of blessings which are too important to be missed.  Being an amateur is wonderful, and it is an opportunity you only have at the beginning of a project. 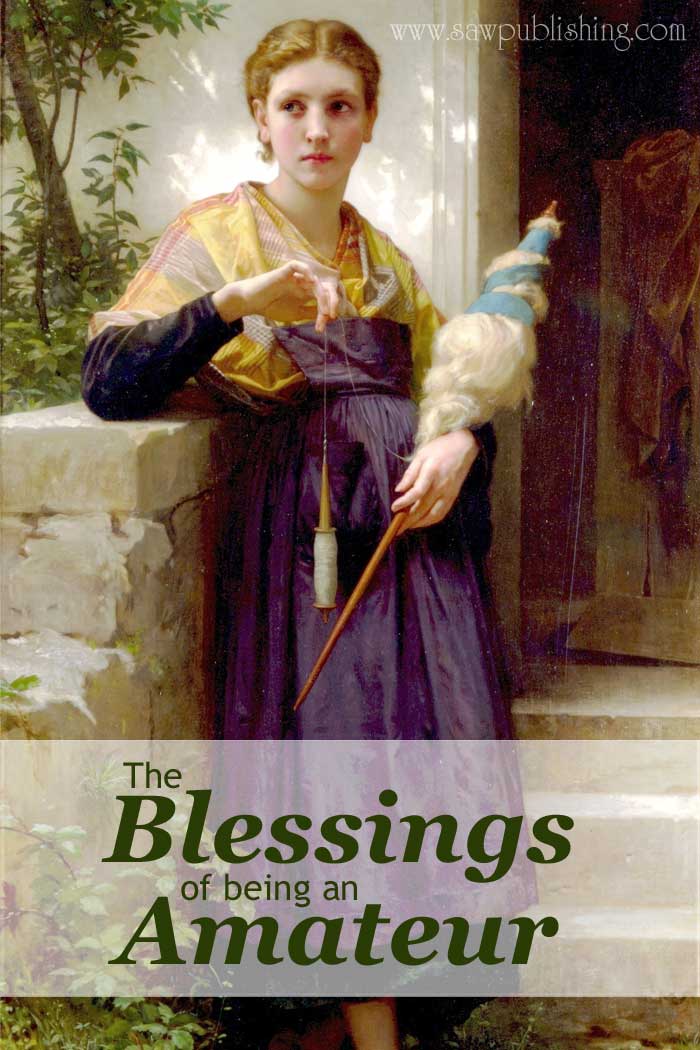 Enjoy the Stage You’re At

When I and my siblings were little, and my mother wondered if she would ever break us of our childish bad habits, she used to console herself by saying, “Well, they probably won’t do that when they’re eighteen.”

And she can assure you now that by the time we were eighteen, we didn’t!

So enjoy the stage you’re at today.  It will pass.  You will become an expert before you know it.  But the joy and excitement, the freshness and delight of just starting out, are some of the blessings God has given you right now—as an amateur.