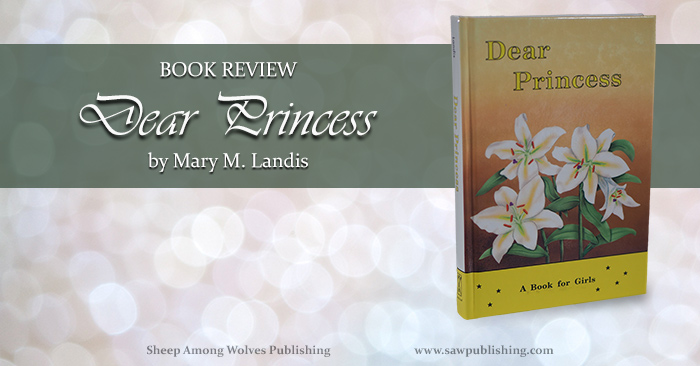 What would you write to your daughters if you weren’t sure whether you would still be around when they hit their teen years? What would you want to tell them about navigating those years successfully and virtuously?

Mary M. Landis was faced with this question. Her answer—the book Dear Princess! What began as “a long letter” turned into many letters, and eventually was compiled in book form as a book for girls—telling them what to do and what not to do in the critical teen years that are so formative and crucial in the development of godly character.

This book was originally published in the 1970s, so some of its advice may seem stiff or overly particular for today’s readers, but much of it is still as valuable and pertinent as ever. I encourage you to look beyond the critical or rigid exterior and see the true heart of Christian love and faith longing to impart to young girls the wisdom of passing years. 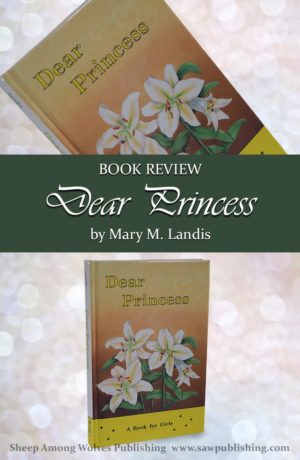 Are you a princess—a daughter of the King? What should your teen years look like? How do you face temptation and an expanding horizon? What does it look like to grow into godly womanhood and become the person God desires you to be? Full of advice and discussion on various topics teen girls face, Dear Princess is a book that will challenge young girls as to where their priorities are and should be.

Written in the form of letters to God’s “princesses” Mary Landis weaves instruction and examples into a book that touches on the major struggles and needs teen girls face.

Common temptations of teen girls are discussed at various points, including examples of negative behaviour, such as, boyfriend/girlfriend teasing and comments about attracting attention.

The growing desires of adolescence are addressed, along with appropriate and inappropriate ways of dealing with these. Warnings against feeding unhealthy thoughts or engaging in flirtatious behaviour.

Two examples of dangerous situations caused by careless or unguarded behaviour, showing how easily one false move leads to worse. Both are handled gracefully and discreetly, and actual immorality does not occur. Possible worse outcomes are hinted at carefully and vaguely, without any detail whatsoever.

A warning against overmuch physical contact in girl-only friendships, ending with the admonishment that such behaviour has “led many a pure and innocent young girl into sins of which she never dreamed.”

Drinking and smoking are briefly mentioned among negative behaviours of a worldly family in an example. A non-Christian father is described as being drunk.

This book is written from a Mennonite perspective in the 1970s. Some examples are quite narrow in their application to the author’s own unique church context and may not prove compelling to a reader of another background, despite generally sound principles. For example, the Biblical principles of modesty are elaborated out into somewhat sweeping statements about how all Christians “will” dress.

The tone of the book is very black and white, and there is some blurring of the lines between Biblical commands and personal convictions or church practices. A sensitive or self-examining girl may become discouraged and frustrated, or even doubt her own salvation, when reading of all the things which the princess “must” or “will” do.

Perspectives on negative emotions and mental health have grown in the last fifty years. Some of the author’s statements about being unhappy or discouraged appear oversimplified today.

The author believes in corporate standards of practice set by the local church and states that members of the given church should adhere to these at all times.

Friction within the family (between siblings and between parents/children) is addressed and examples of negative and positive behaviour shown. Rebellion of teens towards parental authority is also handled, with quite Biblical conclusions drawn.

One father makes an unwise choice that results in a dangerous situation for his daughter. His choice is not really addressed, although it is acknowledged that her position was not a safe one.

Some of the admonitions to purity would not be appropriate to children below the target age.

In reading this book I thought once more about the example that our words and actions set for the girls of the upcoming generation. What do we tell them about purity, about modesty, about womanhood? How do we model appropriate behaviour to those who are quite likely watching us closely and forming ideas about what is good and bad?

One thing I thought of was that too often we are silent. Some of these topics can seem awkward to mention—especially with girls we don’t know all that well. But are we doing them a disservice by letting these critical issues remain “elephants in the room”?

I’d like to challenge each of us to be willing to overcome our own discomfort and speak truth about difficult issues. Because—if we don’t, whose fault is it if the rising generation believes something other than the truth we were afraid to speak?

Looking for other books that will encourage girls in their walk with God? See our review of Stepping Heavenward: 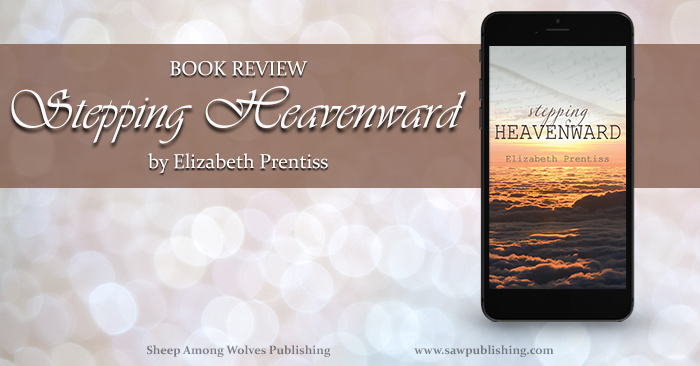