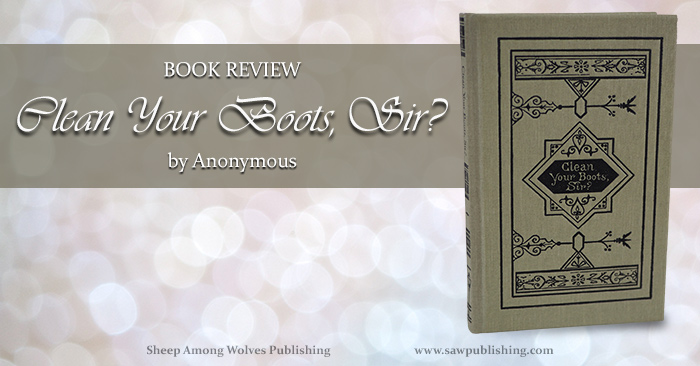 “Clean Your Boots, Sir?” It was a familiar cry on the streets of 19th century London. The boot blacks were the poorest of the poor—children who earned an undependable livelihood by polishing the shoes of passers-by. With the barest of homes, the barest of educations, and often absolutely no religious knowledge, it is little wonder that most contemporary writers depicted boot blacks as living a rough, often a godless, life.

But Robert Rightheart is no ordinary boot black—and he serves no ordinary Master. Will he be able to prove that the power of the gospel is enough to sustain him through every trial he could ever be called to face? 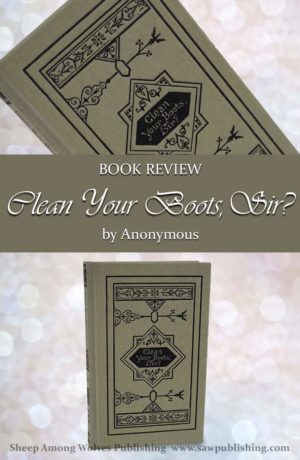 Robert Rightheart spends his days blacking boots beneath the shadow of the Royal Exchange—trying to scrape together enough money to support his bedridden father and two small brothers. When a chance customer accidently overpays him for his work, Robert is faced with a decision that will shape the whole course of his future life. Are the lessons he has learned in the mission Sunday School strong enough to hold him to a course of unwavering honesty?

This anonymous tale from the 1860s offers a vivid illustration of Psalm 67:3: “Trust in the LORD, and do good; so shalt thou dwell in the land, and verily thou shalt be fed.” From the slums of London to a merchant’s office in India—from the depths of poverty to earthly prosperity—Robert Rightheart demonstrates the power of a clean conscience and a life of integrity, founded on the love and strength of a living Saviour.

I love the fact that Robert is an upright, Christian character from the very beginning of the book. His life is dedicated to the Lord—and that dedication influences his conduct through every chapter.

The hero’s attraction to a girl who is both beautiful and godly is described as being natural to young men of his age, but the main emphasis is placed on her spiritual qualities.

In the story itself, omnibus horses fall “with a heavy thud” and block up the road.

The hero’s father and young child die of illness at different times in the story. A sailor dies and is buried at sea.

A small child narrowly escapes being bitten by a cobra.

The phrase “London/city Arab” (referring to a nomadic lifestyle) is used to describe homeless children.

The text contains several words such as “gay” and “promiscuous” that contain negative connotations or have changed meanings in the modern world but are here used in their original (and innocent) sense.

Ungodly boys speak of the hero as being “soft” and “a fool” and refer to an adult as “the old ’un”.

A group of sailors are generically described as being “given to the grossest swearing” before conversion.

The villain of the story remains nameless, but is identified repeatedly by nationality as “the Spaniard.”

Port wine is desired as medicine for an invalid.

Brief mention is made of a “musical snuffbox”.

The influence of false religion is likened to poisoning one’s soul with opiates.

The story is written from an Evangelical perspective. The personal conversion of various characters plays a role in the plot.

Temptation is in one place described as “the devil entering into” one’s heart.

The hero’s integrity ultimately leads him to earthly prosperity, but the author is careful to point out that this will not always be a Christian’s experience.

A farmer’s wife scolds her husband for carelessness with small change.

Mention is made in passing of a dissipated youth having disgraced himself at a casino.

Military characters play a minor role in the story. War is not directly promoted, except as an allegory for the Christian life.

Due to the disturbing content flagged above, Clean Your Boots, Sir? is a book I would have some hesitations placing in the hands of a child of the age range for which it is suggested. However, virtually all the offensive content can be readily omitted if the book is read aloud—while the really solid message about honesty and integrity shines through just as brightly as ever.

There are also historical and geographic tie-ins that allow the story to be readily incorporated into a homeschooling curriculum. I would also note that although the age range is listed as 6-ll, I personally first read (and enjoyed!) the book in my early teens.

If you’ve read Clean Your Boots, Sir? I would love to hear your impressions in the comments section below!

For other vintage books you might enjoy reading, see our review of The Bishop’s Shadow: 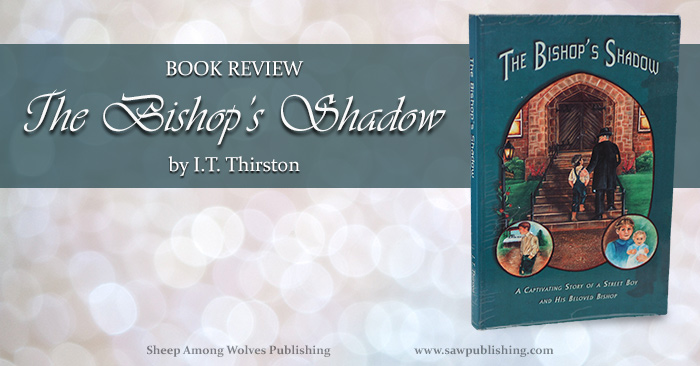