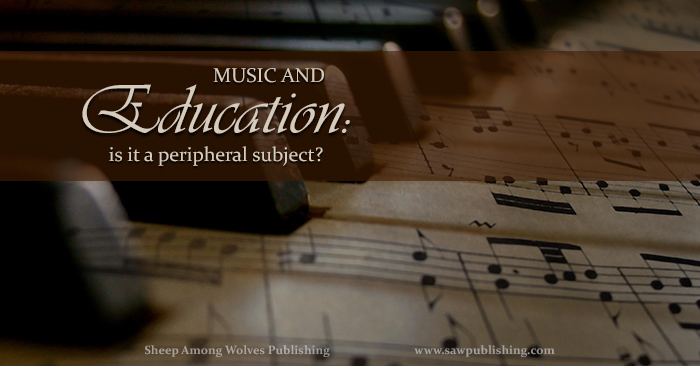 Music and education. Homeschooling moms love to discuss their curriculum choices. You hear them comparing math books, and literature programs, and timelines and wall charts. But what about music curriculum? When was the last time you heard an animated discussion of the relative merits of this music program over that one?

Do we care about our children’s musical education? Do we really believe that music matters very much?

Over the last half-century, musical teaching has faded out of most mainstream curricula. Public schools have tacitly admitted that they see music as a peripheral subject. But is this evaluation correct? Should we acquiesce in the judgement which has relegated music to an optional art—or should we value it as an integral part of every student’s education? 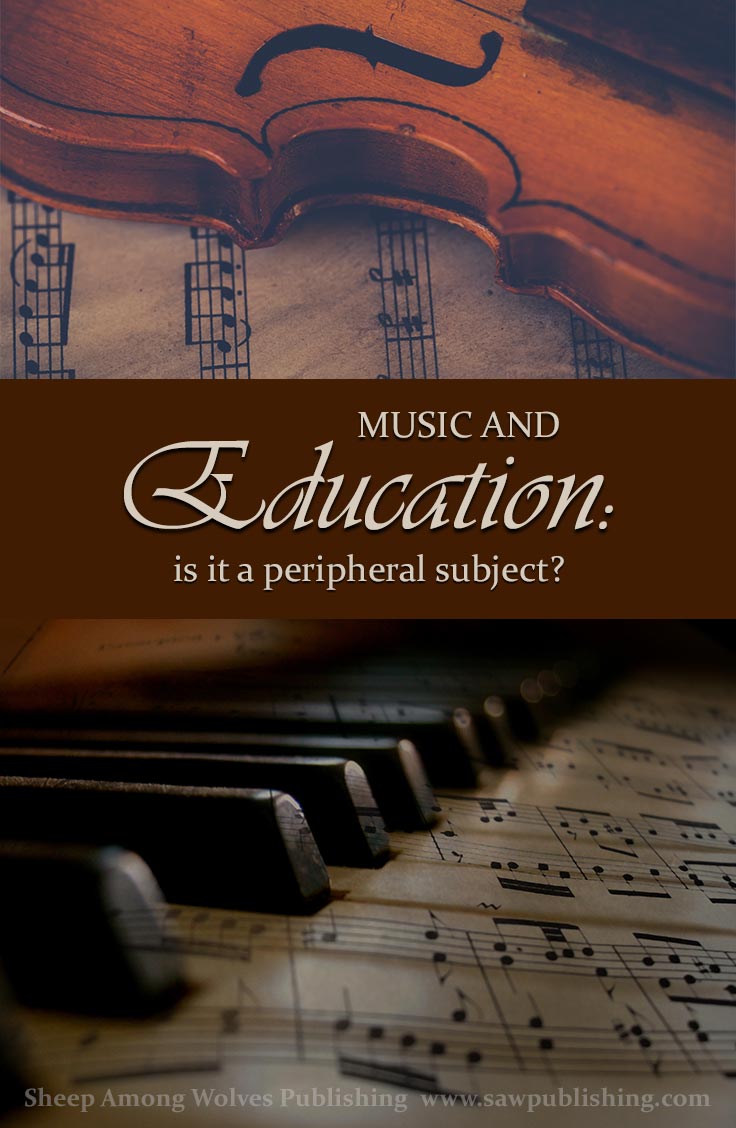 Much of a student’s early instruction is directed towards mastering skills which will become more difficult to acquire as they grow older. A child who learns to read in the primary grades has a vast advantage over one who begins even ten or twelve years later.

Music is a subject which benefits from the same treatment. It is easier—much, much easier—to learn the basics of music as a child, than to make the attempt later in life.

I am not saying that you can’t learn music as an adult. Far from it! But the experience will be much more difficult. The work will be much more challenging, the rules much less intuitive, than if it was begun at an earlier age. This fact, in and of itself, entitles music to serious consideration as a part of every grade-school curriculum.

It is a well-established fact that children who learn music actually perform better in other school subjects.

“Students who learned to play a musical instrument in elementary and continued playing in high school not only score [sic] significantly higher but were about one academic year ahead of their non-music peers with regard to their English, mathematics and science skills.” – Peter Gouzouasis, research source

Teaching children music is not “wasted time” from an academic perspective. Just as a well-nourished student will perform better than one with a deficient diet, so a student with a well-nourished musical appetite will approach other subjects with a brain that is prepared to excel.

You frequently hear sceptics of any particular school subject asking, “When are they ever going to use that in the real world?” Regardless of how secular educationalists may view music, it remains an integral part of the Christian’s life.

A brief survey of church history will reveal hosts of illiterate Christians; but it records few, if any, song-less ones.

No Christian teacher need fear that a sound musical foundation will be thrown away. It is a legacy which will bless your student, and those he comes in contact with, throughout his life.

Music and Education: It’s NOT a Peripheral Subject!

Homeschooling families have the incredible privilege of making curriculum choices based on their own preferences and convictions.

Show that you value the role of music in your student’s life. Make the effort to include music in his education.

What programs, curricula, and techniques have you found helpful for teaching music in your homeschool? I’d love to hear from you in the comments section below.

Are you looking for some tips for including church music in your daily routine? See our previous post: 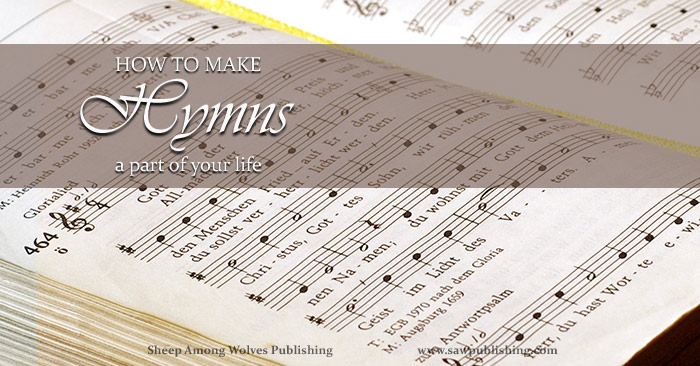 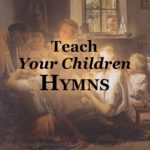 Isaac Watts’ four reasons to teach your children hymns challenges you to make use of his powerful tool for training the next generation. 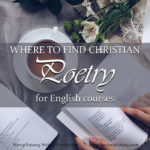 Whether you need simple stanzas to use for a copy work or memory work assignment; or are trying to find wholesome examples for a high school literature class, SAW Publishing offers valuable FREE access Christian poems for English courses. 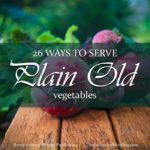 Do you end up serving the same vegetable recipes week after week? This Timeless Tip from Homemakers of the Past reveals 26 ways to serve plain old vegetables – using just four basic processes of cooking.