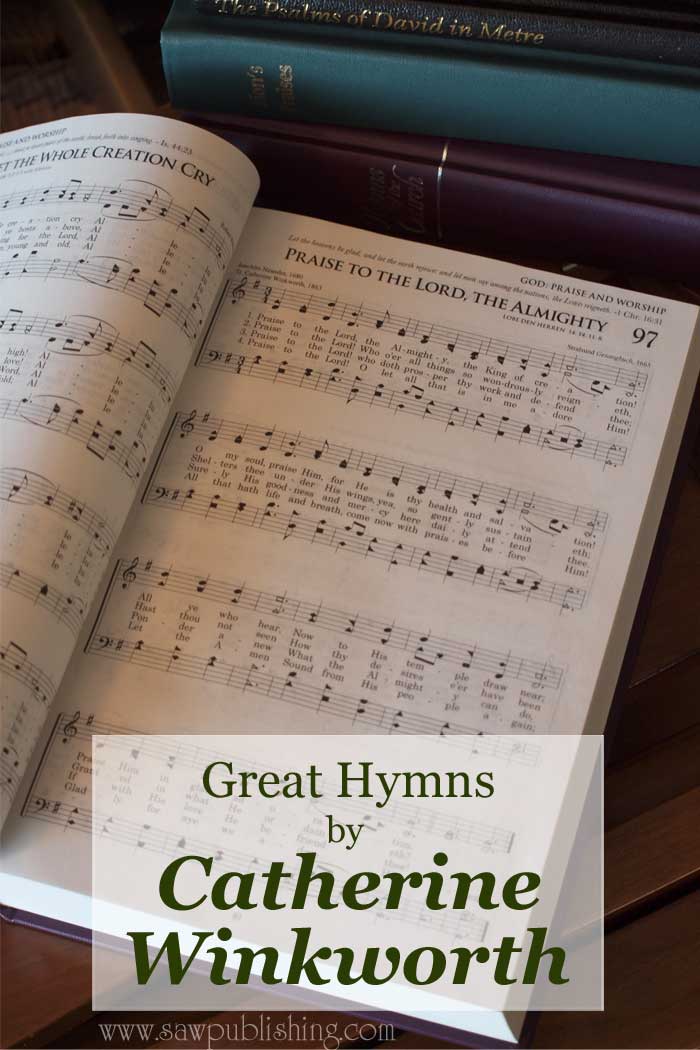 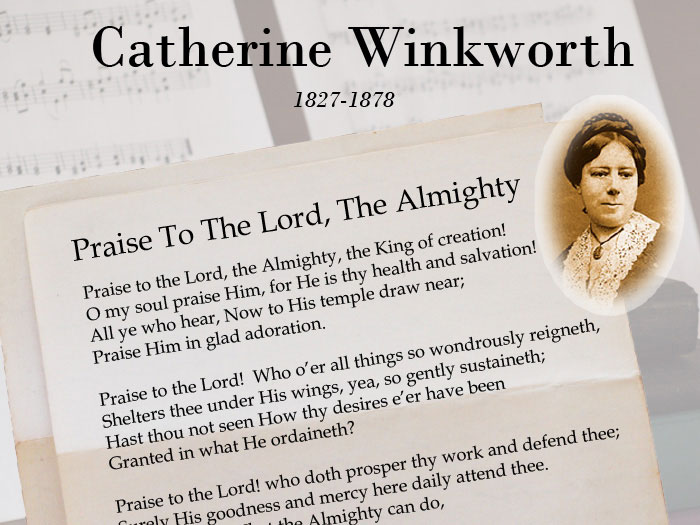 Photo of Catherine Winkworth courtesy of Wikimedia Commons, see below for attribution.

A website dedicated to good and great literature would not be complete without also covering good and great hymns.  Hymns are one of the greatest legacies that we have received from centuries past.  Two thousand years of Christian praises and Christian prayers are preserved between the covers of our modern hymnal.

We have already highlighted some of the great hymn writers of the Christian era, focusing on, but not limited to the centuries since the European discovery of America.  We have covered some of the greatest hymns and greatest writers known to us today in our Hymns of American History series.

But there is another important group of contributors whose influence, although less glamorous, was just as instrumental in putting many of the best hymns into the hands of the English-speaking church.  This is the vast body of translators, who faithfully converted the many, many hymns of other languages into the English tongue.

Amongst these many languages, Latin and German probably stand out as the largest collection.  It is the latter language which we wish to focus on today, as we highlight the work of Catherine Winkworth, who translated some of the greatest and soundest hymns we now enjoy.

Catherine Winkworth was a Victorian, but many of her hymns are more reflective of the style of the earlier centuries in which their German originals were penned.  Her work was by no means easy.  Great hymns are difficult enough to write, when the author is only confined by the contingencies of rhyme, meter, language, and doctrine.  But when, in addition, the writer has to take someone else’s poem, to render faithfully its original idea, and if possible something of its original quality, into a new language, with all the additional constraints and restrictions which the second language brings, we can hardly appreciate the talent with which Miss Winkworth has produced so many hymns.  When we add the instances in which she has kept the metre the same, and thereby enabled us to sing them to the original tune, we may gather some impression of how skillfully her work has been done.  If Thou But Suffer God to Guide Thee, is  an example of this: both the words and tune were written by Georg Neumark in 1641.

Our feature hymn for today was written in German by Joachim Neander in 1680, and was translated by Catherine Winkworth in her volume The Choral Book for England, in 1863.  Praise to the Lord, The Almighty is a majestic hymn of praise to our glorious Creator and Lord.  It is worthy of note as an English hymn in its own right, but it is also an outstanding example of a translated hymn which is both good and great. 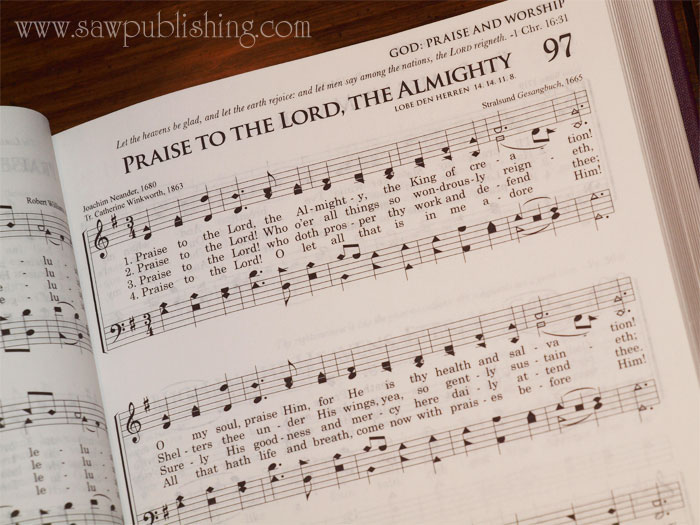 Praise to the Lord, The Almighty

Praise to the Lord, the Almighty, the king of creation!
O my soul, praise Him, for He is thy health and salvation!
All ye who hear,
Now to His temple draw near;
Praise Him in glad adoration.

Praise to the Lord, Who o’er all things so wondrously reigneth,
Shelters thee under His wings, yea, so gently sustaineth!
Hast thou not seen
How thy desires ever have been
Granted in what He ordaineth?

Praise to the Lord, Who hath fearfully, wondrously, made thee;
Health hath vouchsafed and, when heedlessly falling, hath stayed thee.
What need or grief
Ever hath failed of relief?
Wings of His mercy did shade thee.

Praise to the Lord, Who doth prosper thy work and defend thee;
Surely His goodness and mercy here daily attend thee.
Ponder anew
What the Almighty can do,
If with His love He befriend thee.

Praise to the Lord, Who, when tempests their warfare are waging,
Who, when the elements madly around thee are raging,
Biddeth them cease,
Turneth their fury to peace,
Whirlwinds and waters assuaging.

Praise to the Lord, Who, when darkness of sin is abounding,
Who, when the godless do triumph, all virtue confounding,
Sheddeth His light,
Chaseth the horrors of night,
Saints with His mercy surrounding.

Praise to the Lord, O let all that is in me adore Him!
All that hath life and breath, come now with praises before Him.
Let the Amen
Sound from His people again,
Gladly for aye we adore Him.

Catherine Winkworth has contributed over one hundred hymns to the Christian hymnal.  Her work in making German hymns available in English has allowed us to have access to many great hymns of past centuries which would be otherwise beyond our reach.

If you have not made acquaintance with these hymns, I would encourage you to check them out.  They are both fabulous examples of well-written, doctrinally sound hymns, written in the 1600’s and translated by Catherine Winkworth two centuries later.

In writing this article, I became aware of just how many hymns by Catherine Winkworth I have still to discover.  If you have any favorites to recommend, I would love to hear from you in the comments section below! 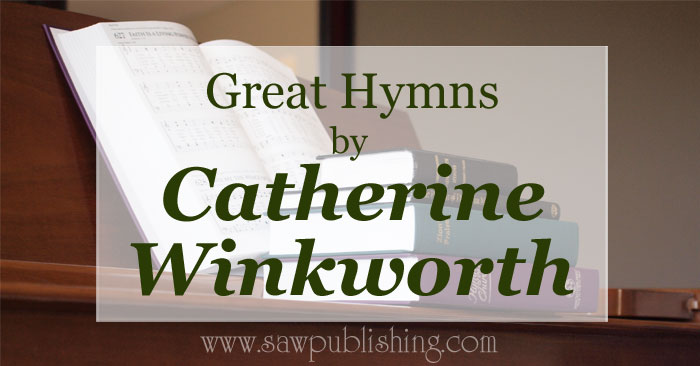