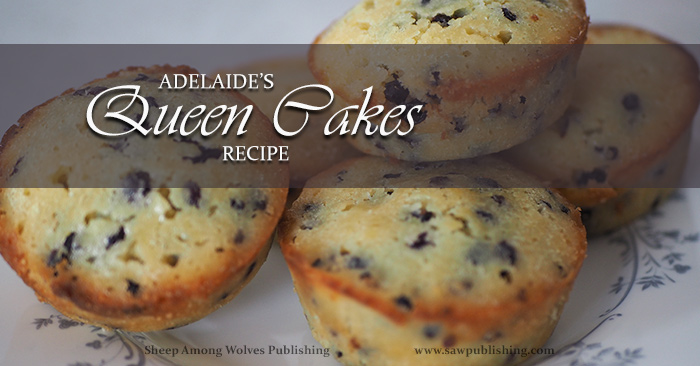 “I am quite sure Mamma won’t mind, as long as we are home in time to bake the Queen Cakes.”

“Are we having Queen Cakes?” cried Gail, with a skip and a jump. “But it’s Tuesday, Adelaide. Mamma doesn’t bake in the middle of the week.”

“It is the twenty-fourth of May,” rejoined Adelaide. Her eyes twinkled at Gail’s mystified expression.

The Queen Cakes in As the Heavens Are Higher

The Queen Cakes that Adelaide baked to celebrate Aunt Eliza’s birthday (which “just happened” to fall on May 24th—Queen Victoria’s birthday—of course!) are one of the tidbits that I borrowed from non-fiction writers of the past.

Baked in little tins—often heart-shaped ones—and either eaten plain or coated in icing, Queen Cakes are one of the delightful delicacies that grew out of a cake foundation that takes—a pound of everything! 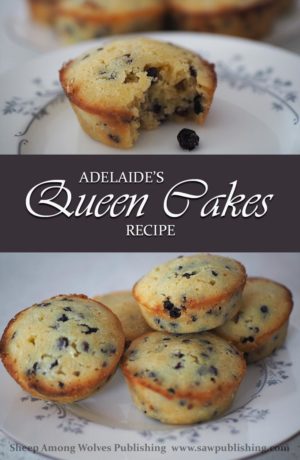 Queen Cakes are tiny. Pound Cake is big. But the same essential recipe forms the foundation for both. The difference is that while the traditional Pound Cake is essentially “plain,” most Queen Cake recipes call for a combination of dried fruit, candied peel, and/or citrus—producing a vibrant and distinctive flavour of their own.

In building the recipe for Adelaide’s Queen Cakes, I have drawn on three different 19th century cookbooks. Modern Cookery for Private Families by Eliza Acton, Miss Leslie’s Complete Cookery by Eliza Leslie, and The Book of Household Management by Isabella Beeton, were all classic works on cooking and homemaking in the mid-1800s.

In comparing these recipes, it is interesting to note that the earlier writers—in keeping with the tradition of Pound Cake—rely solely on eggs as a leavening agent. As time went on, a part of this (presumably expensive) ingredient began to be replaced by baking soda.

The version of Adelaide’s Queen Cakes recipe that I have included below is actually made with halfed quantities. A full Pound Cake batter, with fruit added, makes enough for 3 dozen Queen Cakes—and requires an appalling quantity of currents and eggs!

Usually, when you test a Victorian recipe, it requires some tweaking after the first trial. Between measurement variations, ingredient replacements, and hazy oven temperatures, succeeding on the first go is unusual. However—maybe because of the simplicity of Queen Cake ingredients, maybe because the quantities are taken by weight rather than measure, or maybe just because God was gracious on a very busy week!—Adelaide’s Queen Cake recipe turned out delicious from the first batch.

And it’s already a recipe my family is begging to have again!

If you are looking to try something new during your holiday baking, then I would definitely recommend Adelaide’s Queen Cake recipe. Although not formally labeled as a Christmas dainty, the lemon and currents create a flavour that seems strangely traditional.

And they’re really just that good!

Get your own copy of Adelaide’s Queen Cakes Recipe

I’d love to hear your thoughts about Queen Cakes in the comments section below.

For more behind-the-scenes glimpses into the making of As the Heavens Are Higher see our previous post: 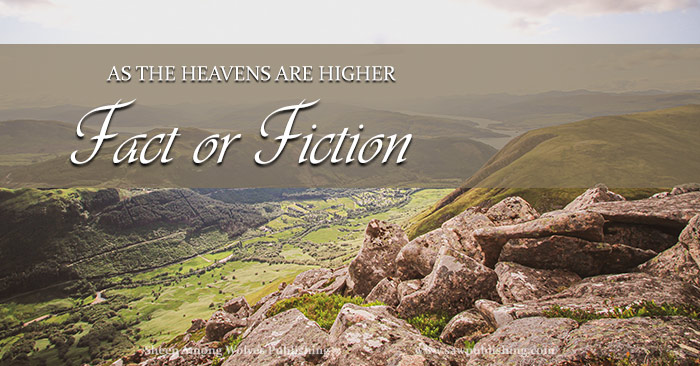 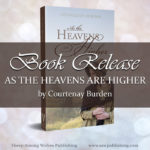 Adelaide had always believed God’s ways were higher than earthly ways—As the Heavens Are Higher than the earth. She had just always imagined that God’s plan and her plan would have some similarities. 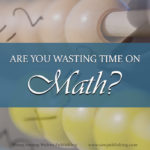 Even the best math text is sometimes guilty of absorbing valuable hours without producing positive results. Are you wasting time on math? What can you do to help it? 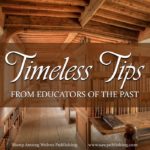